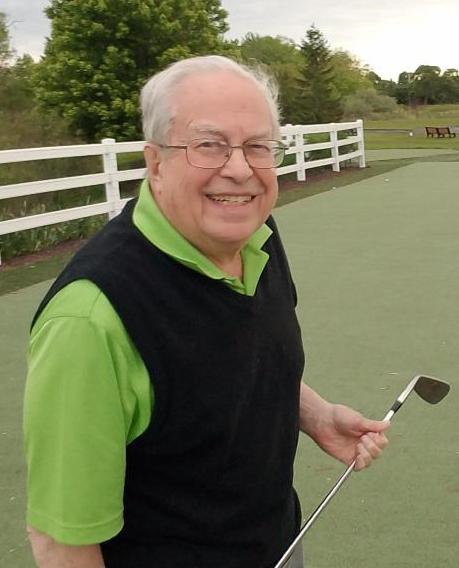 Please share a memory of Jack to include in a keepsake book for family and friends.
View Tribute Book
John K. (Jack) Easton, Jr. passed away on April 17, 2020 with his wife at his side from complications from dementia. Born to Mary F. and John K. Easton on May 10, 1936 in Philadelphia, he was a life-long resident of the Philadelphia area. He was a member and President of the class of 1954 at Abington High School. He graduated from Wesleyan University in 1958 with a degree in Economics. While at Wesleyan he was a member of the Varsity Golf Team and joined the Beta Theta Pi Fraternity. He earned a Master's Degree from the Wharton School of the University of Pennsylvania in 1960. In 1958, he married his wife Jane Pearce. They would have celebrated their 62nd anniversary this June. Together they raised their three children in Upper Dublin. In addition to growing up in Abington and living many years in Upper Dublin, he also resided in Lower Gywnedd and Normandy Farms, Blue Bell. He spent the majority of his career in banking and retired from PNC Bank (fka Provident National Bank) in 1998. While at PNC Bank he served in numerous capacities within the operations area of the bank and was involved with the implementation of point of sale payment technology and ATM's for the bank. Throughout his life, he served in various capacities for the organizations to which he was deeply devoted. As an active member of Supplee Presbyterian Church, Maple Glen, PA since 1970, he served as an Elder and Treasurer. For several years he was a member of the Board of Directors for Upper Dublin School District and Eastern Montgomery County Vocational Technical School. He was also on the Board of Trustees for both the Presbytery of Philadelphia and Philadelphia Presbyterian Homes. His involvement with Beta Theta Pi continued long after he graduated from Wesleyan. For many years he remained active with his chapter and volunteered his time to support local chapters. He held the positions of Vice President and Treasurer on the Board of Trustees for the General Fraternity and was a Board Member of the Beta Theta Pi Foundation. His life was filled with things he loved dearly: family, travel, golf, and the Phillies. He remained an avid and accomplished golfer as a long-time member of Manufacturers' Golf and Country Club, where he served for many years on its Board of Governors and was also a former Club Champion. He and his family spent many summers in Eagles Mere, PA, where he was a member of the Eagles Mere Country Club and served the Eagles Mere Presbyterian Church as Treasurer of the Board of Trustees. He and his wife traveled extensively and annually would spend winter months with friends in one of their favorite places on earth, Maui, Hawaii. Jack is survived by his wife of 61 years, Jane, his daughter and son-in-law Barb and John Van Meerbeke of Gettysburg, PA, his son and daughter-in-law John Easton III and Linda of Oreland, PA and his daughter and son-in-law Betsy and Brian Simmons of Raleigh, NC; 7 grandsons, 1 granddaughter and 6 great-grandchildren. He is preceded in death by his sister Carole E. Connor. Given the current circumstances, burial will be private with a Celebration of Life to be held at a future date when a larger gathering can occur. In lieu of flowers, gifts may be sent in his memory to Supplee Presbyterian Church, 855 East Welsh Road, Maple Glen, PA 19002. Please visit the funeral home website, periodically over the upcoming weeks for an update on the scheduling of the Celebration of Jack's life.

Share Your Memory of
Jack
Upload Your Memory View All Memories
Be the first to upload a memory!
Share A Memory
Plant a Tree