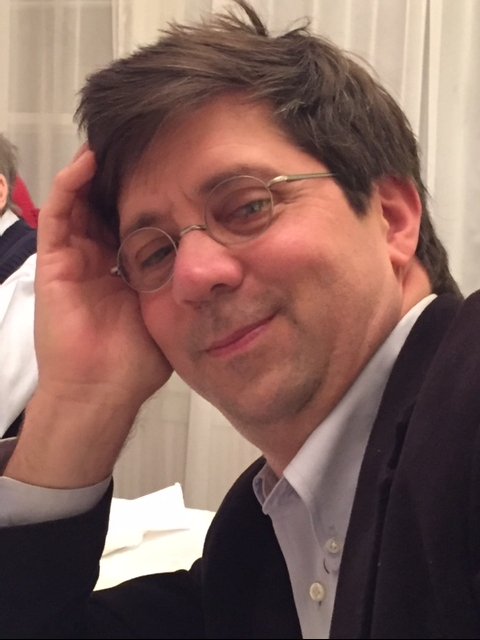 The Reverend K. Brewster Hastings, 55, of Abington, Pennsylvania died suddenly October 27, 2016 following complications from heart surgery. Beloved shepherd to his family and his congregation at St. Anne’s Episcopal Church of Abington, Brewster was born in Princeton, NJ to Lucia and Kempton B. Hastings. He attended The Chapin School and The Lawrenceville School, and received his B.A. in English Literature from Hobart College of Geneva, NY, in 1984. He earned a Masters of Divinity from Union Theological Seminary of New York in 1988 and thereupon followed his calling into the priesthood. As an ordained Deacon, he was appointed Curate at Saint John’s Church of Salem, NJ and was ordained a priest in the Episcopal Church in 1990. He then became Assistant Rector at Christ’s Church in Toms River, NJ; Interim Rector at All Saints Church, Lakewood, NJ; and was called to become Rector of St. Anne’s in 1994, where he served until his death. In 2000, he married Pamela Roediger Marin of Abington, and together they raised Pamela’s two children Maegan and Max. Devoted husband, father, son and brother; compassionate shepherd to the people of his church; erstwhile, greatly respected leader in his community; scholar of theology; empathetic counselor; gardener; author of two books, countless articles, poems, sermons; wordsmith and voracious reader; boater and fisherman; humorist and student of humankind. Brewster brought joy to all whom he touched. He organized Pastors United in Prayer in 1992, whose mission was to bring together church leaders of all denominations every month to gather in prayer for the greater community and world. He organized numerous weekly Discovery Bible Study groups in many churches, some even meeting in the local mall, where he sat in the food court with a sign stating “Free Prayer”; in his inimitable fearless style, he constantly met and prayed for myriad strangers. The healing ministry was his passion and gift. He created disciples everywhere he went through his “catch-and-release” style of leadership. In every way, Brewster fully lived for God and faithfully believed that “to clasp the hands in prayer is the beginning of an uprising against the disorder of the world” (Karl Barth). Brewster is survived by his loving wife Pamela; daughter Maegan Marin of Abington; son Max Marin of Philadelphia, PA; siblings Daniel Lewis of Chestertown, MD; Lucinda Lewis Usilton (Glenn) of Tavares, FL; Neil Hastings (Marty) of Ocala, FL; Leverett Lewis (Amanda) of Sebastian, FL; Diana Lewis Abbott (Mark) of Dundas, MN; and Eric Hastings (Rheanna) of Duluth, MN. He also leaves behind father-in-law Paul Roediger and sister-in-law Joan Roediger, and her husband Scott Finkelstein. He was predeceased by his parents; brother Clark Hastings; mother-in-law Janice Roediger; and brother-in-law Matthew Roediger. He also leaves eleven nieces and nephews. A service in celebration of his life will occur at 12:00 noon on Thursday, November 3 at St. Anne’s Episcopal Church, Old York and Old Welsh Roads, Abington. Visitation will be at 11:00 a.m. Interment will be held privately. Gifts in Brewster’s memory may be made to the Hastings Fund at St. Anne’s Episcopal Church, 2119 Old Welsh Road, Abington, PA 19001.

Share Your Memory of
The Reverend K. Brewster
Upload Your Memory View All Memories
Be the first to upload a memory!