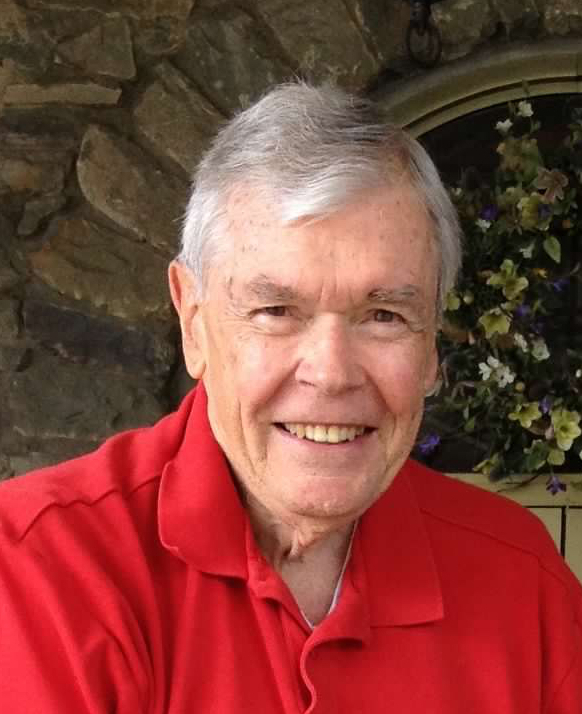 Please share a memory of Herbert to include in a keepsake book for family and friends.
View Tribute Book
Herbert Latham Harris, 93, died December 2, 2022 at Rydal Park in Jenkintown, PA. The son of Martha Latham and Richard Adams Harris, he was born and raised in Lynchburg, VA. Devoted to his family, Herb was a loving husband to Mary Morrison (MM) for 69 years. The father of two sons, he was active in scouting and as a Little League coach. He derived immense pleasure in his later years from his five grandchildren and two great-grandchildren. Herb made lasting contributions to his community at every stage of his life. A member of Abington Presbyterian Church for 67 years, Herb served as a deacon, elder and trustee, sang in the choir, taught church school and formed lifelong friendships through Couples Club. He was president of Huntingdon Valley Rotary Club and then a member of the Jenkintown Rotary Club. During his term as president of the board of the Huntingdon Valley Library, he shepherded the design and construction of the new library that opened on Red Lion Road in April 1995. He also served terms as President and Treasurer of the Rydal Park Residents Association. Herb's warm and gregarious nature led to a wide circle of friends, with whom he enjoyed participating in gourmet, bridge, and poker groups, gathering at the Poconos and the shore, and even traveling internationally. Herb graduated with a B.S. in Civil Engineering from Virginia Military Institute, where he was President of the Glee Club. A bout with polio in 1947 forced him to take off what would have been his second year and to transition from singles to doubles on his varsity college tennis team. A talented athlete, he continued to play tennis with great competitive spirit until the age of 86. Herb served as a Second Lt. in the U.S. Air Force from 1951-53. He worked as a sales engineer for Armco Steel Co. and Chicago Rawhide before establishing Harris Engineered Buildings in Huntingdon Valley, PA where he designed and supervised the erection of pre-engineered steel industrial buildings for over 35 years. His son Scott, also an engineer, joined him in the firm for the last 20 years. He is survived by his wife, Mary-Morrison (MM) Harper Harris, two sons, H. Scott Harris (Lois Thomson) and Wayne M. Harris (Dana Reed), five grandchildren, Timothy Harris (Carly), Julie (Rob) Schneebele, John Harris, Abigail Harris and Charlie Harris, and two great-grandchildren, Paul Harris and Eleanor Harris. A memorial service will be held at 11:00 AM on Saturday, January 21, 2023 in the auditorium of Rydal Park Retirement Community, 1515 The Fairway, Rydal, PA 19046. Friends will be received after the service. Contributions in Herb's memory to Abington Presbyterian Church, 1082 Old York Road, Abington, PA 19001, would be deeply appreciated by the family

Share Your Memory of
Herbert
Upload Your Memory View All Memories
Be the first to upload a memory!
Share A Memory