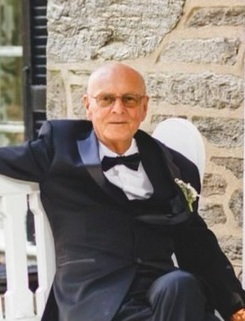 Please share a memory of Thomas to include in a keepsake book for family and friends.
View Tribute Book
Thomas Joseph Maher, Jr. age 79, a resident of Ivyland, PA and formerly of Philadelphia, PA died on January 3, 2023. Born in Philadelphia, PA, Tom was the son of the late Thomas J. Maher, Sr. and the late Catherine Hagan Maher. Tom graduated from North Catholic High School in 1961. He proudly served with the US Army and after his honorable discharge, he continued to serve with the Reserves and National Guard. In 2003, Tom retired from the Philadelphia Fire Department, where he was a firefighter for more than 30 years. After his retirement, he enjoyed working as a School Bus Driver for Centennial School District. He is survived by his beloved wife of 55 years, Maureen C. Mooney Maher; by his loving children: Dana L. and her husband, William R. Costello and Thomas J. Maher, III; by his grandchildren: William T. and his wife, Shannon Costello and Brendan P. Costello and by his sister, Kathleen Fitzpatrick and her husband, Thomas. Funeral Mass will be celebrated at 11:00 AM on Monday, January 9, 2023, St. Mark's Church, 1024 Radcliffe Street, Bristol, PA. Relatives and friends will be received, in the church, from 10:00 AM until the time of the mass. Interment in Washington Crossing National Cemetery will be held privately. In lieu of flowers, memorial contributions may be sent to St. Mark Parish, 1024 Radcliffe St., Bristol, PA 19007 or to St. Hilary of Poitiers Church, 820 Susquehanna Road, Rydal, PA 19046.

Share Your Memory of
Thomas
Upload Your Memory View All Memories
Be the first to upload a memory!
Share A Memory