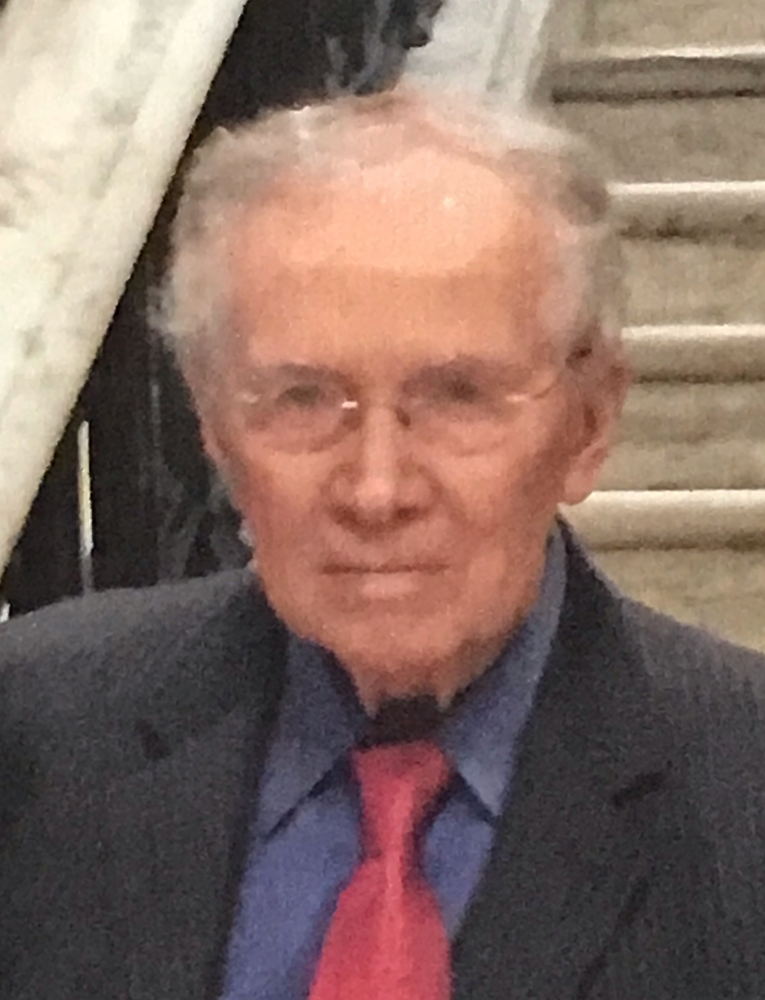 Please share a memory of Raymond to include in a keepsake book for family and friends.
View Tribute Book
Raymond Michael Victor, died peacefully at home at the age of 92 on November 22. A native of Philadelphia, he enlisted in the US Army after high school and served in the Korean War. After he was wounded on the battlefield, he was awarded a Purple Heart for his bravery and service. The GI Bill allowed Ray to attend Temple University where he fell in love and married Dolores (nee Porretta). Dolores supported Ray through Temple University Law School and Ray returned the favor when Dolores also became an attorney. Ray loved being a lawyer. He and Dolores worked side by side in their own firm, first in Philadelphia and later in Norristown, Pennsylvania. He was well respected by both his peers and his clients, closing his last case at age 88. Ray also loved playing golf and he and Dolores played whenever they could. Ray was predeceased by his son-in law Matthew Walsh and his grandson Joseph Victor Walsh. In addition to Dolores, he is survived by his daughter Deirdre (Donaghy) and her husband Robert; his sons Raymond (Carol) and Robert (Iryna); his grandchildren Jason, Adam, Peter, Allison (Kevin Dolan), Jonathan, Samantha, Patricia, Jeffrey and Elizabeth; and his great grandsons Pierce and Colin. Services will be private. In lieu of flowers, please make a donation to a charity of your choice.

Share Your Memory of
Raymond
Upload Your Memory View All Memories
Be the first to upload a memory!
Share A Memory