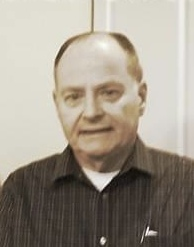 Please share a memory of Robert to include in a keepsake book for family and friends.
View Tribute Book
Robert James Keefe, age 77, a resident of Ann's Choice in Warminster, PA and formerly of New Hyde Park, NY died on October 1, 2022. Born in Philadelphia, PA, Bob was the son of the late John Patrick Keefe and the late Mary Ethel McCardle Keefe. In 1962, Bob graduated from St. Joseph's Preparatory School in Philadelphia. He later earned his Bachelor's degree in Electrical Engineering from Villanova University and Master of Science in Engineering from The University of Pennsylvania. Bob served with the US Army from 1967 – 1969. Bob enjoyed his 21 year career with Chase Manhattan Bank from where he retired, in 2004, as Senior Technical Advisor. Prior to his career at Chase, he worked for IBM as a Computer Programmer, a position he held for 4 years. While living in NY, Bob was a member of Notre Dame Church, where he served as Lecturer. In earlier years, he was a member of Queen of Peace Church in Ardsley, PA and St. Francis De Sales Church in Philadelphia. He was a member of the Knights of Columbus. He was an avid reader and was a computer code "nerd". He enjoyed watching CNN (Cable News Network) and programs on the History and Discovery Channel. He is survived by his brother, John Keefe; nephews and their spouses: Daniel and Denise Keefe, David and Colleen Keefe, Darren and Sarah Keefe, and Brendan Lynch; nieces and their spouses; Dianne and Joe Krol, Deborah and Steve Murawski, Constance and James Mabli. Bob was great-uncle to 19 nieces and nephews and a great-great-uncle to one niece. He was preceded in death by his sisters, Constance Keefe and Angela Lynch, and brother, Daniel Keefe. Funeral Mass will be celebrated at 10:30 AM on Wednesday, October 5, 2022, Queen of Peace Church, 820 North Hills Avenue, Ardsley, PA, where relatives and friends will be received from 9:30 AM until the time of the mass. Interment will be in Holy Sepulchre Cemetery. In lieu of flowers, memorial contributions may be sent to Notre Dame Parish, 45 Mayfair Road, New Hyde Park, NY 11040.