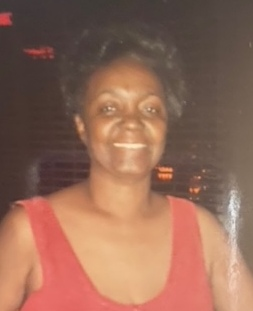 Please share a memory of Brenda to include in a keepsake book for family and friends.
View Tribute Book
Brenda J. Jones, age 82, a 25-year resident of Abington, Pennsylvania died on September 10, 2022. She previously resided in Flushing, New York. She was the devoted wife of the late Leonard W. Jones. Born in Brooklyn, NY, she was the daughter of the late Alvin Quash and the late Marjorie Shelton Quash and sister of the late Anthony Quash and Lavelle Quash. Brenda graduated from Clara Barton High School in 1958. In 1996, She retired as Administrative Assistant, after 15 years of employment, from Mary Immaculate Hospital in Jamaica, NY. She previously worked for the United States Postal Service, in New York, NY, a position she held for 20 years. In 2013, Brenda became a member of First Baptist Church – Crestmont. While living in New York, she was a member of Mount Lebanon Baptist Church in Brooklyn from 1958-1965. She enjoyed, spending her afternoons watching, dramas and murder mysteries. Her favorite shows were Columbo, Matlock and Murder, She Wrote. She also enjoyed latch hooking, reading, playing computer games and card games, especially pinochle. She is survived by her loving children and their spouses; Robyn Michelle and Rodney Tucker of Abington, PA, and Denise Tammaya and Dion Durant of Abington, PA; daughter-in-law, Judy Jones; by nine grandchildren and five great-grandchildren. She was preceded in death by her son, Keith Leonard Jones. Memorial Service will be held promptly at 10:00 AM on Friday, September 16, 2022, First Baptist Church – Crestmont, 1678 Fairview Avenue, Willow Grove, PA. Relatives and friends will be received after the service. Those attending are encouraged to arrive by 9:30 AM. Interment will be held privately.

Share Your Memory of
Brenda
Upload Your Memory View All Memories
Be the first to upload a memory!
Share A Memory