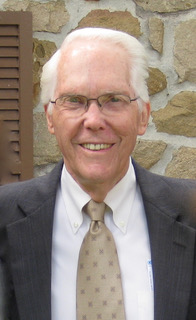 Please share a memory of Thomas to include in a keepsake book for family and friends.
View Tribute Book
Dr. Thomas B. Force, 90, who for 34 years practiced OB/GYN in northeastern Philadelphia, died July 31, 2022, at Maplewood Senior Living in Cuyahoga Falls, Ohio. Besides creating a successful medical practice, Dr. Force was active in his community, from helping a Jenkintown food cupboard grow and thrive and to bringing his sonorous tenor voice to choirs and weddings throughout the area. For most of his life Dr. Force lived in northern suburban Philadelphia. On July 14, 2022, he and his wife, Floramae, moved from Rydal Park to Maplewood to be near his daughter, after he fell and broke a hip. Dr. Force never kept track of the number of babies he brought into this world, though it was probably thousands. He said he worked on too many births in collaboration with other physicians to take credit. A graduate of Bucknell, he studied medicine at Temple. Dr. Force practiced for two years at Moody Air Force Base in Valdosta, GA, where he held the rank of captain. In 1963 he finished his residency at Aultman Hospital in Canton, OH before returning to Philadelphia to start his practice. He practiced at Frankford, Northeastern, and Jeanes hospitals. For 12 years he was director of the department of OB/GYN at Frankford Hospital until he retired in 1997. A patient he treated gratis wrote him on his retirement: "I wish every woman in this country could have the kind of service I have received in your office. You are an example of what the medical profession should be like, and I am deeply grateful." Thirty years ago, Tom began working with Loaves and Fishes, a small food cupboard in Jenkintown. He handed food out to those in need and every week he picked up food donations in a Subaru Outback he bought for that purpose. As the cupboard grew, he handled record keeping and food ordering from the government. Today the Food Cupboard of the Jenkintown United Methodist Church is one of the largest food cupboards in the area. Despite a medical practice that kept him busy day and night, Tom had plenty of interests. He loved cars, especially fast ones like, at various times, his MG, Alpha Romeo, and Corvette. Every year he and his son would make a pilgrimage to the Pocono 500. He loved wine and reveled in taking his family on Moore Brothers in New Jersey. He and his wife loved collecting art,and would often laugh about the time they mistakenly wandered into a New York gallery specializing in erotic Japanese prints. He loved music. Tom had a beautiful tenor voice and would sing whenever he got the chance, even at the dinner table. He sang for years in his church choir, with community choruses such as the Chestnut Hill College chorus, and many weddings, including his daughter's. Tom was married to Floramae Heuges for 69 years. They had known each other since elementary school, dated in high school, and married immediately after graduating from college. In the early years of his practice, Floramae, often just FM to him, was the receptionist and bookkeeper. They raised two children Debra (Phil) Canuto and Thomas W. (Kathy) Force. They have two grandchildren, Andrew (Ashley) Force and Tori Force. Tom was born in Philadelphia on March 15, 1932. He is preceded in death by his father, Dr. Elwood B. Force, and mother, Emily Cook Force Ulmer. He is survived by his wife and children. Since Floramae is unable to travel, a memorial for Thomas will be held 11am, August 5, at Redmon Funeral Home, 3633 Darrow Road, Stow, OH 44224. A private burial will be held at a later date at Forest Hills Cemetery, Huntingdon Valley, PA. In lieu of flowers, please send donations to the Jenkintown Food Cupboard, 328 Summit Ave., Jenkintown, PA 19046. https://www.jenkintownfoodcupboard.org

Share Your Memory of
Thomas
Upload Your Memory View All Memories
Be the first to upload a memory!
Share A Memory