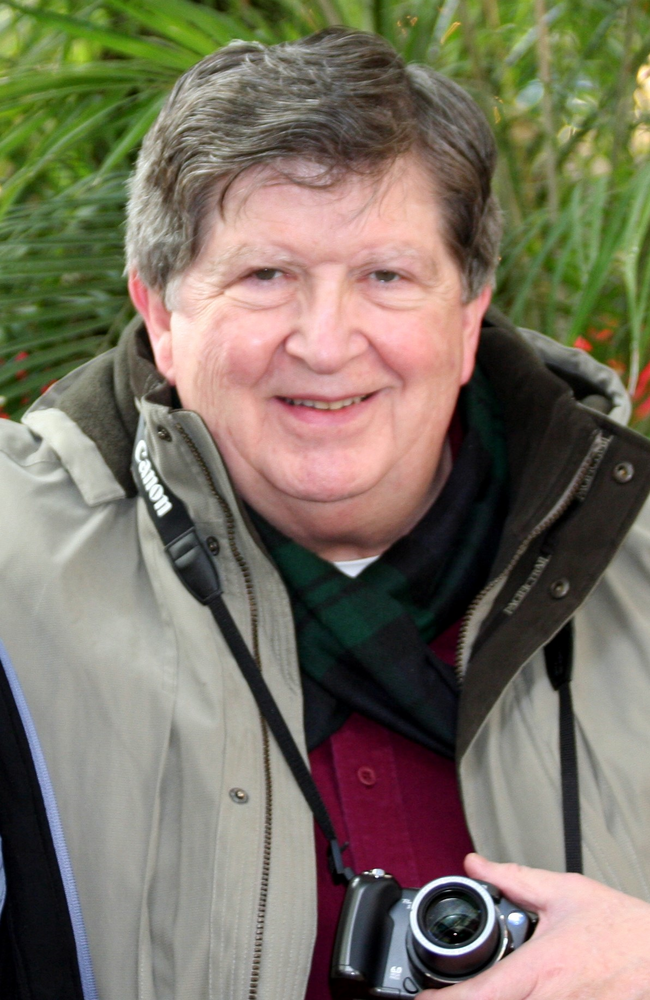 Please share a memory of The Reverend John to include in a keepsake book for family and friends.
View Tribute Book
On Wednesday, July 13, 2022, John E. Berges, loving husband, father, and grandfather, passed away peacefully at the age of 84 surrounded by family. John was born on September 18, 1937 in Chicago, IL, the only child of John and Pauline Berges. He grew up in Oak Park, IL, a suburb of Chicago, and graduated from Oak Park and River Forest High School in 1955. He began his college education at Northwestern University where he majored in electrical engineering. Realizing this was not the right path for him, John enlisted in the U.S. Marine Corps for 6 months of active duty. During this time he was trained as a Radio Flight Operator, which started his life-long interest in HAM radio. After his honorable discharge from the Marines, John attended Elmhurst College, graduating with a Bachelor of Arts degree in philosophy and religion. Being drawn to a life of Christian service, he moved to New Jersey and graduated from Princeton Theological Seminary with a Masters of Divinity in 1965. Following his ordination into the Ministry, he began his career as assistant pastor of Grace Presbyterian Church, in Kittanning, PA. John then moved to Lawrenceville, NJ to become pastor of Slackwood Presbyterian Church. While serving as pastor, he continued his education at Princeton and earned a Master of Theology degree. John's next position took him to Palmyra, NY, where he served as pastor of the Western Presbyterian Church. It was here that he fell in love with and married Eileen, a Palmyra native, and together they created a blended family with their 3 children, Stephanie, Kristie, and Andrew. He loved being part of this close-knit community, even volunteering to serve as chaplain for the Palmyra Fire Department and making many lifelong friendships during his time there. In 1978, John was called back to the Midwest to become pastor of the First Presbyterian Church in Adrian, MI. While in Adrian, he was active in the Presbytery and Synod as well as interfaith work with other churches and organizations. After 13 years in Adrian, John accepted his final job as pastor of the Presbyterian Church of Livingston (NJ) where his ability to make connections among people of different faiths continued, as did his passion for community outreach. John and Eileen then retired to Swarthmore, PA and eventually to Rydal Park Senior Living in Jenkintown, PA. In addition to his dedication to life-long Christian learning, John had many other interests and hobbies. He was known as a "techie" guy, as he loved gadgets, computers, electronics, and technology of any kind. He even worked at Best Buy in his retirement! In his later years, he took an interest in photography and was featured in a brochure for Rydal Park taking a picture of a flower! John always loved to learn and he spent many hours watching The History Channel in his retirement. John always made time for family and friends. His children were his pride and joy, and he cherished the times spent together as a family over the years, whether it be in-person or on the phone. Some of his children's fondest memories are Sunday walks to Chaloner's after church for popcorn and a candy bar, Friday night outings to Franklin Park Mall in Toledo, and family road trips to visit relatives in NY state! John was very outgoing and he made friends wherever he went. He was a great listener and a safe person to talk to if you had a problem. As he got older, he maintained a positive attitude no matter what his physical state was. If you asked him how he was doing, he would reply, "Pretty good for an old guy!" John is preceded in death by his beloved wife of 44 years, Eileen. John is survived by his children and their spouses, Stephanie and Bob Shumaker of Boise, ID, Kristie and Anthony Romano of Methuen, MA, Andrew and Irina Berges of San Jose, CA, and his two grandchildren, Collin Bower and Shannon Shumaker. In lieu of flowers, donations can be made in John's memory to Habitat for Humanity (https://www.habitat.org/). A memorial service will be held at 11:00 AM on Saturday, October 8, 2022 at the Western Presbyterian Church, 101 East Main Street, Palmyra, NY, where relatives and friends will be received after the service. Interment in Palmyra Cemetery will be held privately. To participate in the service by way of livestream, please visit https://www.facebook.com/WesternPresbyterian/

Share Your Memory of
The Reverend John
Upload Your Memory View All Memories
Be the first to upload a memory!
Share A Memory