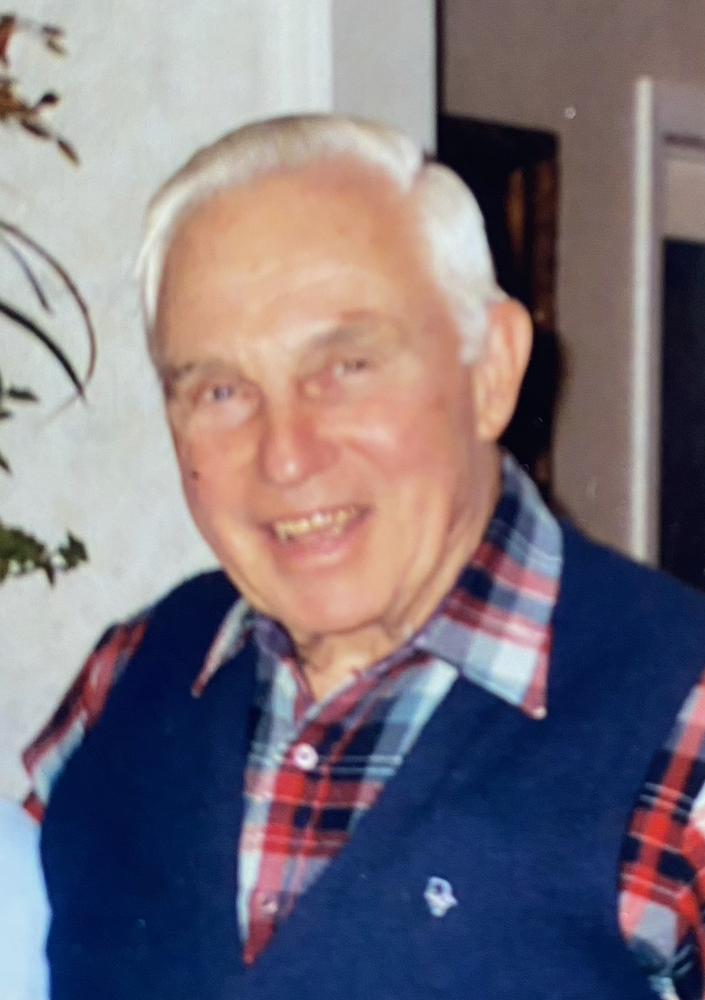 Please share a memory of William to include in a keepsake book for family and friends.
View Tribute Book
William "Bill" Kalkbrenner of Abington, PA, passed into the presence of the Lord on Sunday, June 26, 2022. He was 92 years old. Bill was the loving husband of Dorothy A. (Kurz) Kalkbrenner, with whom he cherished and enjoyed 65 years of marriage. Born in Philadelphia, Bill was the son of Adam and Elizabeth (Feilinger) Kalkbrenner and brother of Richard, who preceded him in death. Bill graduated from Norristown Senior High School in 1948 and completed his bachelor's degree in civil engineering from Drexel University in 1953. Bill was a United States Army veteran of the Korean War, proudly serving from 1953-1955, stationed in Osan Air Base as a construction surveyor. He continued his service with the United States Army Reserves after his enlistment ended. Bill returned to Abington following his military service and joined the highway department where he helped build Route 202 near Doylestown and the Schuylkill Expressway between Girard Ave. and Fairmount Park. He spent 31 years with Abington Township as a township engineer before retiring to work as manager of construction inspectors for Carroll Engineering Corp. Bill was a longstanding member of the American Public Works Association (AWPA), Delaware Valley Chapter. During his membership tenure, Bill served AWPA as Chapter Director (1976-1978), Chapter Treasurer (1979-1983; 1987-1993), Chapter Vice President (1984, 1985), Chapter President (1986) and earned several appreciation awards and the Samuel Greeley Award for long-term honorable service in public works. Bill was a 60-year member of the Free Masons Warren Lodge #310 F & AM, Collegeville, PA, in Pennsylvania's 6th Masonic District. He was also a member of Tall Cedars of Lebanon #31 and the American Legion. Bill attended the Reformed Church of Willow Grove, where he was formerly treasurer, deacon, and elder and served on the Church Building Committee. Bill enjoyed hunting, woodworking, and being with his family. He was an avid reader of American history and he spent as much time as possible in Ocean City, NJ, his second home. He is survived by his wife Dorothy, his daughter Diane Mallozzi, his daughter Brenda Schoeller and her husband Timothy, and five grandchildren, Joseph Mallozzi and his wife Mariya, Renee Jonsson and her husband Daniel, Nicholas Bayne and his husband Leo, Matthew Schoeller and his wife Samantha, and Casey Schoeller. Memorial services are private to immediate family. In lieu of flowers, memorial donations may be made in Bill's name to the Parkinson's Foundation (www.Parkinson.org).