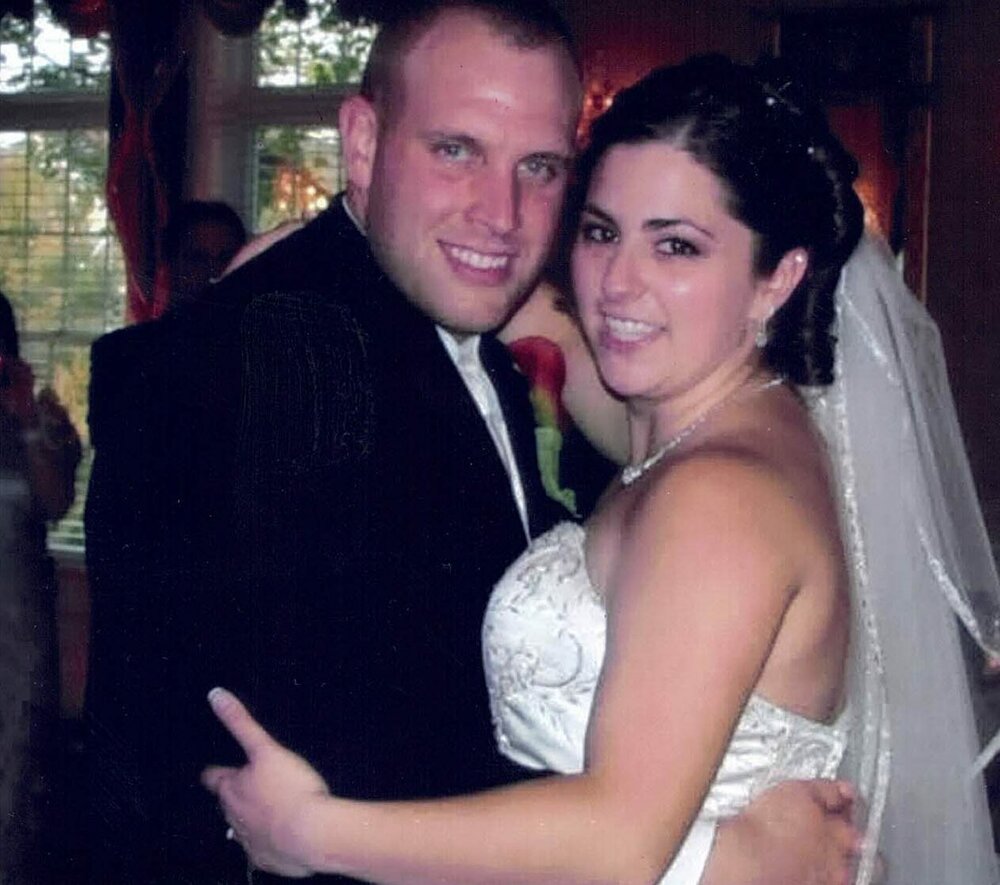 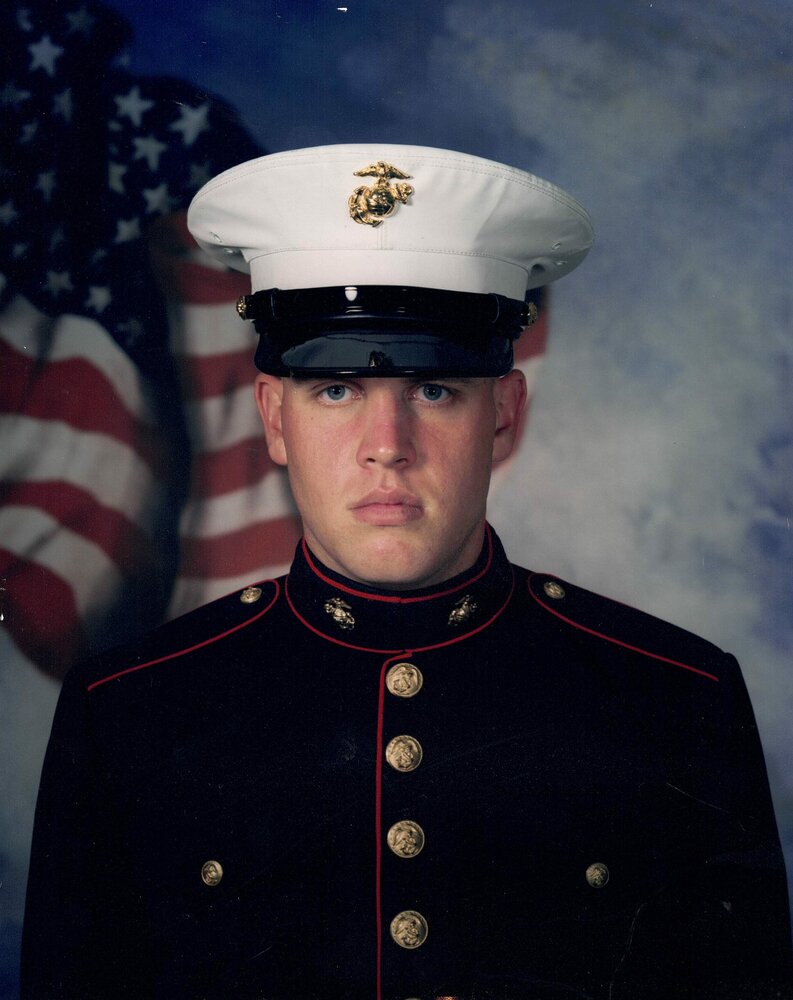 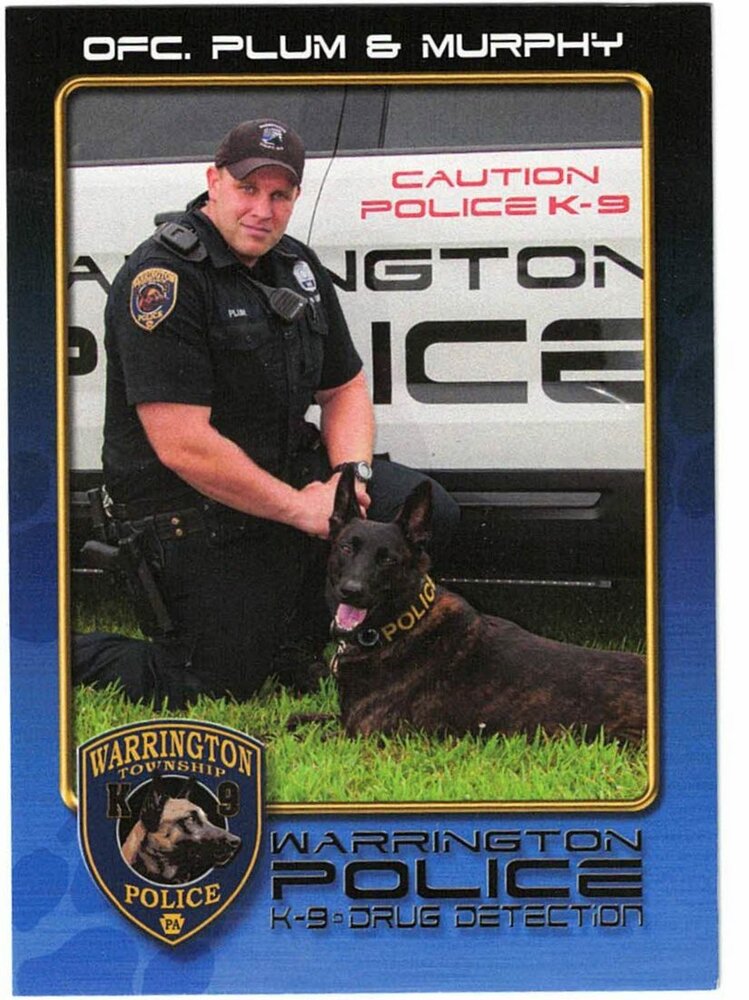 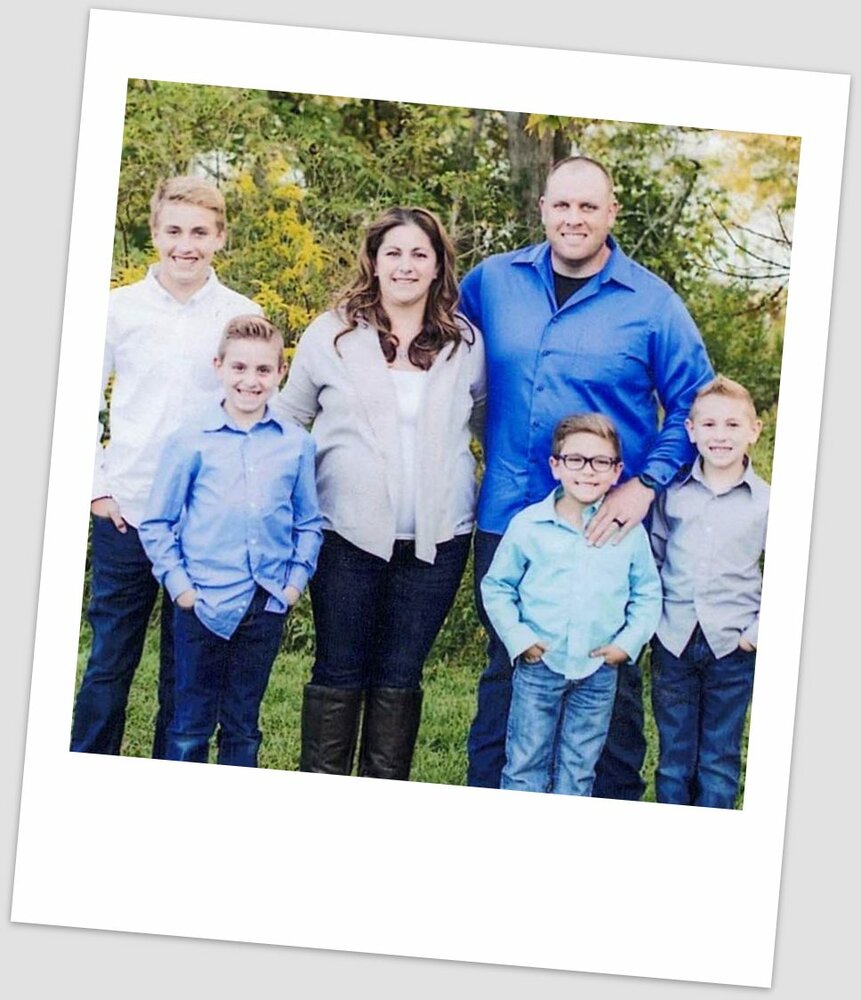 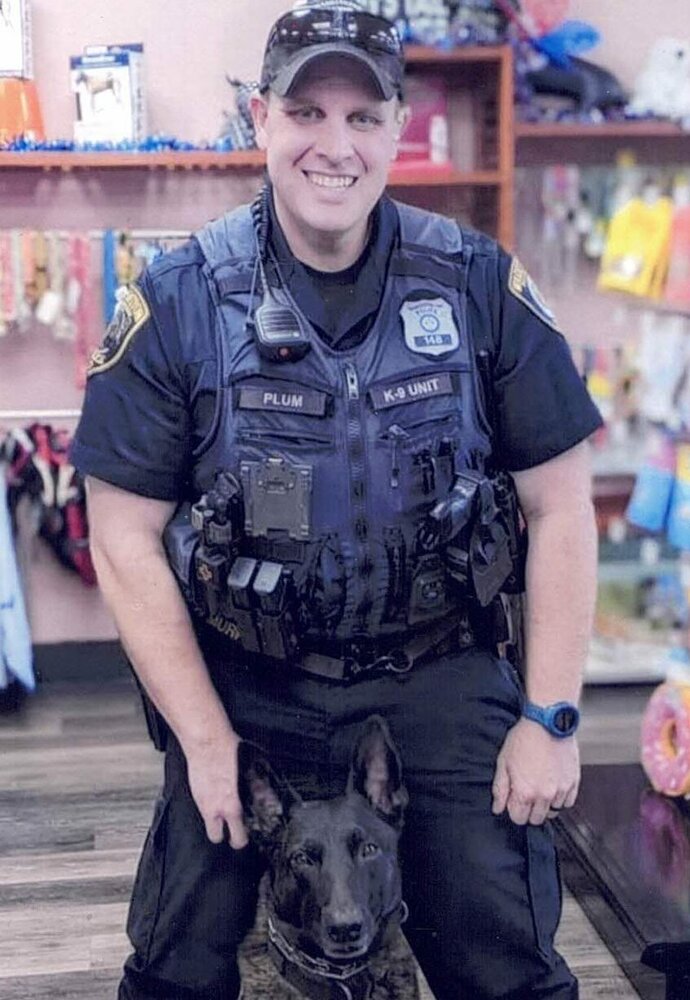 Get Directions
Friday
27
May

Get Directions
Friday
27
May

Please share a memory of Stephen to include in a keepsake book for family and friends.
View Tribute Book
Stephen C. Plum, Jr., a Warrington Township K-9 Police Officer, died on May 16, 2022. He was the beloved husband and best friend of Nancy J. DeLucas Plum for 12 years and the devoted and proud father of Andrew Plum, Aiden Plum, Wyatt Plum, Emmet Plum and Francesca Plum, who range in age from 14 years to 18 months. The family resided in Warwick Township for the past six years. Born in Abington, PA he was the son of Leslie Watt and Stephen C. Plum, Sr., a retired Hatboro Police Officer and brother of Jill Plum. Steve graduated from Abington High School in 2002 and later earned is Associates Degree in Criminal Justice. Most recently, he was pursuing his Bachelor's Degree in Criminal Justice, and was expected to graduate from Penn State in the fall. He was a veteran of the United States Marine Corps. He served for four years and earned the rank of Corporal. During his tenure in the Marines, he served as a rifleman with the 2nd LAR Battalion, 2nd Marine Division and was deployed to Iraq, where he earned the Combat Action Ribbon and other awards. After completing his military service, Steve served as a firefighter with the Abington and Roslyn Fire Companies and worked for the Fire Marshall's Office of Abington Township. He also served as an EMT with Second Alarmers Rescue Squad in Willow Grove and worked for the Rockledge Borough and SEPTA Police Departments. Officer Plum was an eight-year veteran of the Warrington Police Department, he was devoted and committed to their K-9 Unit, and to his partner Murphy. Officer Plum was known for his kindness, infectious laugh, smile, and big heart, which impacted everyone around him, including those in the Warrington community. He served with honor and dedication. Officer Plum joined the Warrington Township Police Department in 2014 and over the past eight years served with the following specialty units: MIRT (major incident response team), Highway (Motorcycle) and Narcotics Unit. He earned many certifications. In 2018, he earned his way into Warrington Township Police Department's first ever K-9 Unit, where he was partnered with K-9 Murphy. He was fondly known as "K-9 Murphy's human". His family has shared that ever since he was a kid, he wanted to be a K-9 officer. To see Officer Plum finally in this role, was to see a man living out his childhood dream. He loved every second of it, even cleaning up after Murph! He was designated the supervisor of the K-9 Unit where he and his wife, Nancy, were instrumental in organizing multiple successful fundraisers for the Unit. Officer Plum and Murphy were an integral part of the K-9 Unit, ALWAYS stepping up to participate in community events and meet and greets. He was more than willing to step aside and let Murphy be the star that he is. Officer Plum earned multiple awards and commendations during his time with Warrington Township Police Department. He was a friend to many and enjoyed camping, hunting, ATV'ing, spending time on his aunt's farm with family. His greatest pleasure was being with his wife and kids. He was a member of St. Cyril of Jerusalem Parish in Jamison and a former member of St. David Catholic Church in Willow Grove. Funeral Mass will be celebrated at 11:30 AM on Friday, May 27, 2022, St. Cyril of Jerusalem Church, 1410 Almshouse Road, Jamison, where relatives, friends and members of the law enforcement community will be received from 9:00 – 11:15 AM. Interment will be in Washington Crossing National Cemetery. In lieu of flowers, memorial contributions may be sent to Warrington Police Department K-9 Unit, 2330 Lower Barnes Road, Warrington, PA 18976 or to Throw Away Dogs Project (www.ThrowAwayDogsProject.com) A GoFundMe page has been set up to support Officer Plum's family as they navigate their unfathomable loss in the coming days, weeks, months and beyond. Donations can be made via https://www.gofundme.com/f/support-for-officer-stephen-plum-jrs-family?utm_campaign=p_cp+share-sheet&utm_medium=copy_link_all&utm_source=customer Donations can also be dropped off at the Warrington Township Police Department's headquarters, located at 2330 Lower Barness Road, Warrington, PA 18976. Checks can be made payable to Nancy Plum.

Share Your Memory of
Stephen
Upload Your Memory View All Memories
Be the first to upload a memory!
Share A Memory