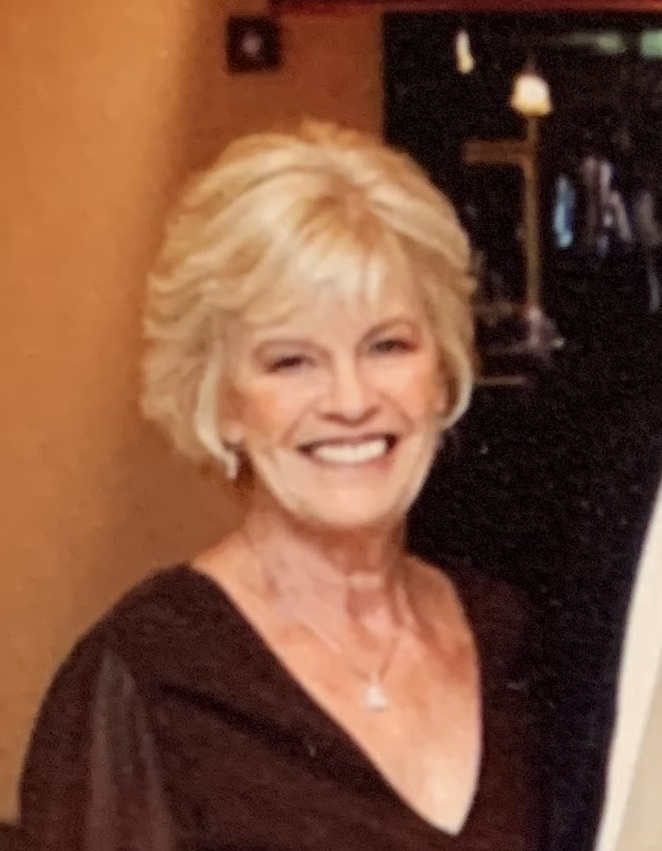 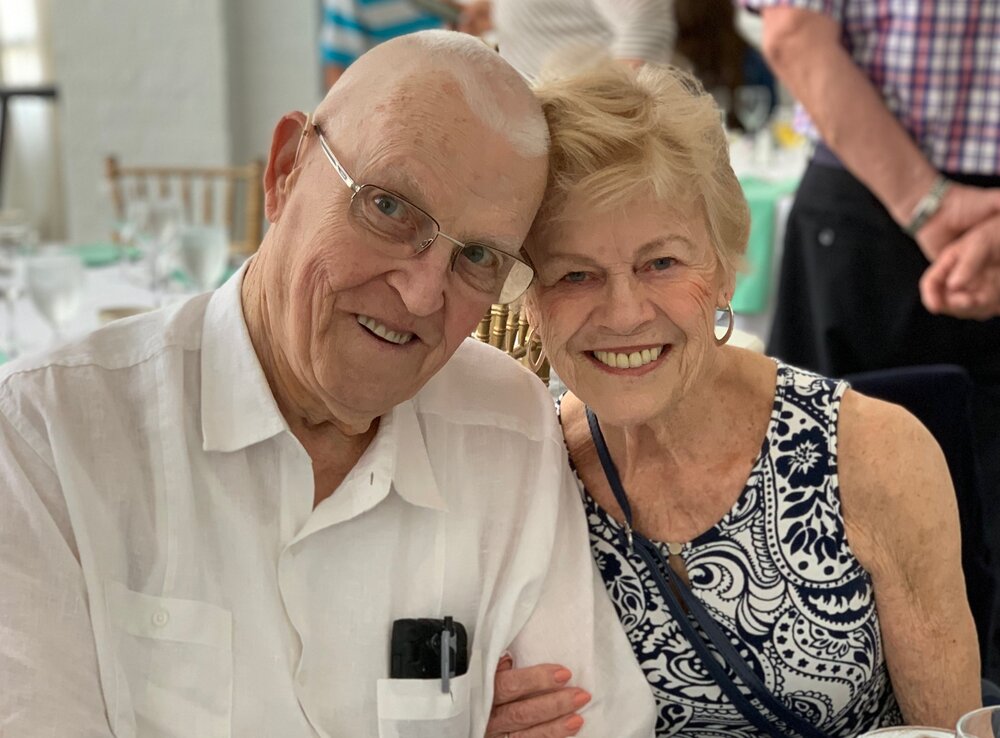 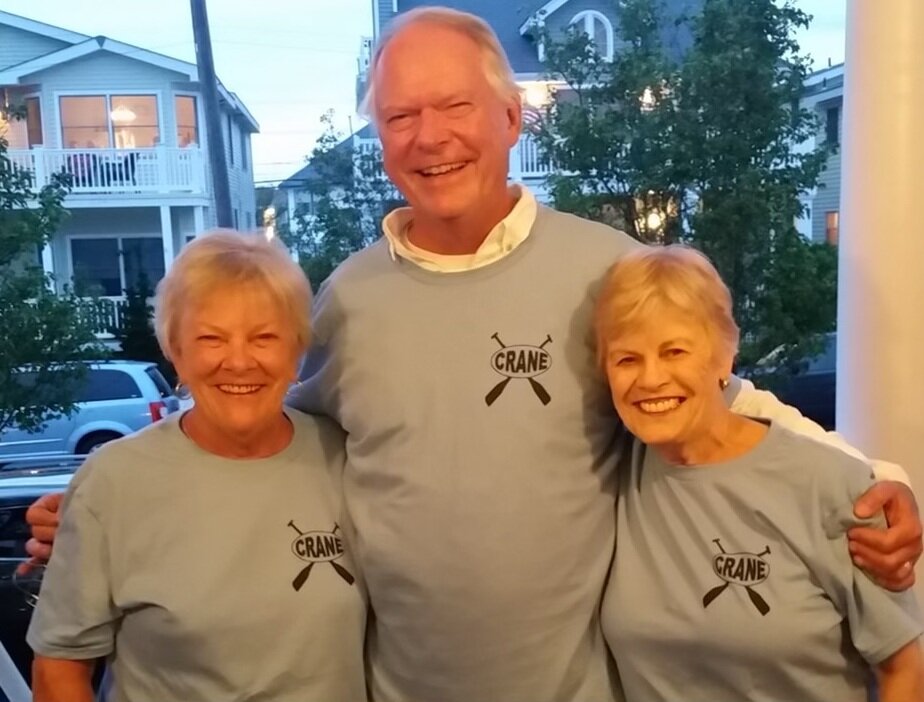 Please share a memory of Helen to include in a keepsake book for family and friends.
View Tribute Book
Helen Virginia Crane, fondly known as Ginny, was born on February 3, 1936, in Gettysburg, Pennsylvania, to Reverend Frederick Barnard Crane and Roberta Philips Crane. She spent most of her childhood in Hazleton, PA, where her father served as minister of First Presbyterian Church, except during WWII when they followed her father around the US in his commission as Army Chaplain. At age 3, Ginny enjoyed the additions of sister Margaret (Peggie), and much later, brother Robert. Her family vacationed in Ocean City, NJ, where she had summer jobs, including at The Chatterbox, where she met her first husband and her sister and youngest son also worked years later. The shore became a family tradition which continues to this day, six generations later. Ginny graduated from Hazleton High School in 1953 and Wilson College, her mother's and sister's alma mater, in 1958 with a BA in French and Spanish. Prior to graduation, in 1957, she married her first husband, Dr. James L. Brown, who was attending Navy Officer Candidate School in Newport, Rhode Island, where the first of their three children was born. The couple then relocated to Abington, Pennsylvania, where they had two sons. The kids attended local schools and the family was very active at Abington Presbyterian Church. In 1969, Ginny became a part-time teacher of Spanish and French in Jenkintown School District. Virginia introduced student exchanges and led multiple student trips through ISSE, and considers her development of the exchange program her most important legacy. When she divorced in 1989, she moved to Huntingdon Valley and pursued graduate school at LaSalle University, receiving her Master's Degree in Bilingual/Bicultural Studies in Spanish in 1999. She volunteered with PEO Chapter L and at Huntington Valley Presbyterian Church and enjoyed every minute with her growing brood of grandchildren. Fortuitously, when Hurricane Floyd flooded her condominium in 1999, she met the love of her life, Donald Timberg, in the cleanup. Ginny moved to the San Diego area and Don soon followed, and they enjoyed many happy years together in Carlsbad, California. They married in 2005 and were active in Solana Beach Presbyterian Church. Virginia transferred to PEO Chapter VL. In 2012, Ginny and Don returned to Pennsylvania to be closer to family, and settled in at Ann's Choice in Warminster. She loved playing games with family and friends and won more than her share of Hearts, Monopoly Deal, Bridge and Mahjong. Having traveled to six continents, Ginny also enjoyed international excursions with Don. Ginny was diagnosed with Multiple Myeloma in 2017 and participated in clinical trials at Fox Chase and University of Pennsylvania for over three years. When the Pandemic began in 2020, Ginny took advantage of 'lockdown' to write her life's story. Her biography, Scattegorically Speaking, was published through Amazon in early 2021 before she entered hospice. Ginny is survived by her husband Don, sister Peggie Madorno, brother Bob Crane and wife Lucy Weiger, daughter Chelsea Callicott and husband Preston, son Scott Brown and wife Lotta, son Craig Brown and wife Carol Berman, former daughter-in-law Deborah Brown, nine grandchildren, three great-grandchildren, three nieces, a nephew and their families, and Don's three sons Andrew, Mark and Paul and their families. Her first husband and a grandniece preceded her in death. Memorial Service will be held at 2:00 PM on Saturday, June 4, 2022, Huntingdon Valley Presbyterian Church, 2634 Huntingdon Pike, Huntingdon Valley, PA, where friends will be received after the service. Interment will be private. If you wish to make a donation in honor of Ginny, her preferred charity is PEO, a philanthropic educational organization which supports the advancement of women. Visit https://www.peointernational.org/peo-projects-and-philanthropies and click on Giving Opportunities at the page top, or mail a check payable to "PEO Foundation" with "Chapter L" in the memo line to: P.E.O. Executive Office 3700 Grand Ave. Des Moines, IA 50312

Share Your Memory of
Helen
Upload Your Memory View All Memories
Be the first to upload a memory!
Share A Memory