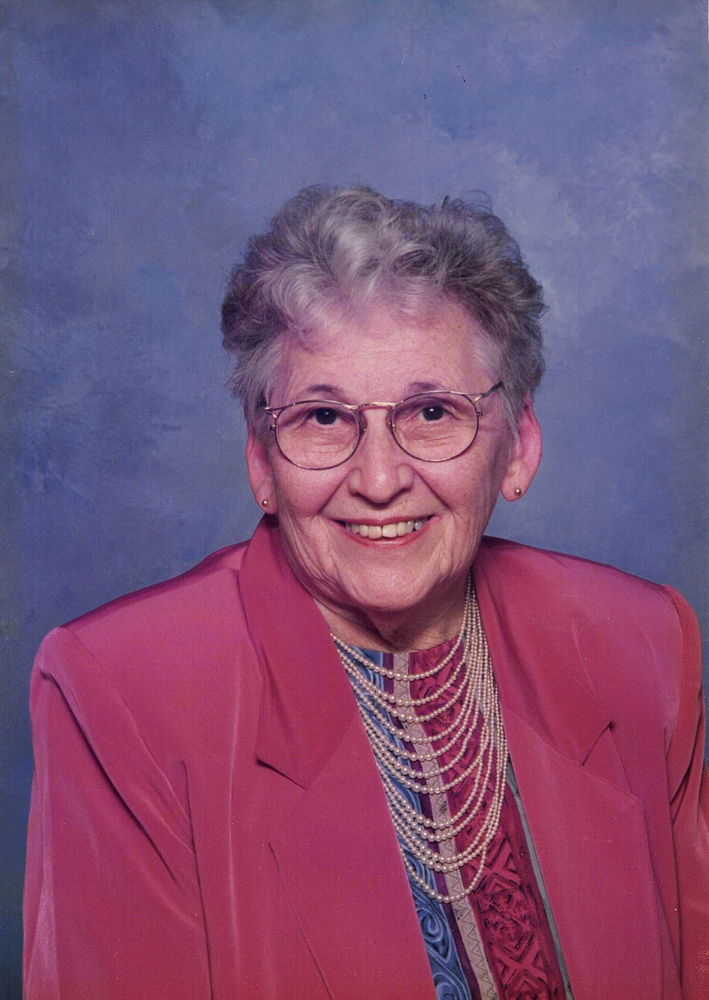 Elsie Mueller, age 99, was a longtime resident of Wesley Enhanced Living Upper Moreland and formerly of Horsham. Elsie passed away peacefully in her sleep on March 16th. She was the wife of the late Fred Mueller, Sr. for 10 years until his death in 1982. Born Elsie Mathilda Schollhammer on August 6, 1922 in Philadelphia, she was the middle child of the late George Schollhammer and the late Marie Veit Schollhammer. After graduating from Olney High School, Elsie worked as a secretary for various companies within the Philadelphia area before retiring from Prudential Insurance Company in Horsham. As a child, Elsie enjoyed weekly visits to the Willow Grove amusement park to listen to music. Later in life she shared her love of music by playing the piano for family and friends. Elsie loved her friends and enjoyed entertaining regularly. Elsie gathered many friends on her journey through life; from her 99 years as a member of St. Paul's Lutheran Church where she sang in the choir to water aerobics in Warminster to neighbors on Butternut Drive and Wesley Enhanced Living. Elsie leaves behind her beloved niece, Deborah Hylands and partner Heintz Hugot, Fred's children and their spouses: Fred, Jr. and Adele Mueller, Maryann and Stanley Fisher, Melanie and William Fowler. Elsie is also survived by grandchildren Rebecca Ivins (Chris), Melissa Kramer (Dennis), David Mueller, James Ryan Fisher (Suzanne), Laura Fisher, Lauren Mueller Stewart (Kevin), Michael Sweeney, and 12 great-grandchildren. In addition to her husband, she was preceded in death by her stepson David Mueller, siblings George Schollhammer and Blanche Hylands, brother-in-law Charles Hylands and nephew Charles Hylands. A Memorial Service will be held at 11:00 AM on Saturday, April 9, 2022 at Helweg & Rowland Funeral Home, 1500 Old York Road, Abington. Interment was held privately. In lieu of flowers, memorial contributions may be sent to Wesley Enhanced Living, Scholarship Fund, 2815 Byberry Rd., Hatboro PA 19040.

Share Your Memory of
Elsie
Upload Your Memory View All Memories
Be the first to upload a memory!
Share A Memory