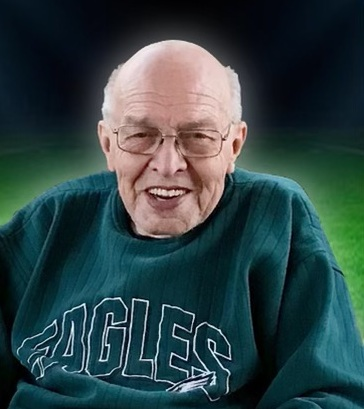 Please share a memory of Richard to include in a keepsake book for family and friends.
View Tribute Book
Richard E. Dilworth has gone to be with our Lord on March 25, 2022. He was a loving husband, father, Pop-Pop, Great Pop-Pop, Uncle, friend, volunteer and co-worker. His presence will be greatly missed! Rich was born and raised in Camden NJ, Graduate of Camden High School 1954. Received BA in 1982 from Delaware Valley University. Then completed his master's degree in Computer Science in 1988 at Temple University. Worked as Application Programmer at Ford Aerospace in Philadelphia from 1957 -1981. Rich worked as a Systems Analyst at Colonial Penn Life insurance, then Continental American through 1994. He retired in 2001 from Penn Mutual as a Senior System Analyst. Rich met his first wife Geraldine Fite at the local skating rink in the late 50's and we understand, they were pretty good skaters. They have five children together, Mary Lou, Richard Jr, Marlene, Edward and Karen. They divorced but remained friends throughout his life. Rich always enjoyed doing woodworking projects and would make special gifts for his kids and grandkids using his skills. After retirement he started a part time handyman business. He was known as "Mr. Rich the Handyman" He was an active member of Faith Community Church (now Trinity Community Church). Rich was a past Board of Elders member, he kept the Church's financial records, issued checks, did facility repairs and maintenance and participated in annual summer church camp rehab projects. This is where he met Judi Nelson, the love of his life. They were married in 1983 and together always for 33 years. Together they were in many bible study groups, supported Church sponsored missionaries and worked in many other church ministries and projects. Rich enjoyed working with "Habitat for Humanity of Montgomery County PA". He was the past president of the board 2005-2007, a long time Finance committee member and construction volunteer. He received "The Dick Davies Volunteer Service Award in 2018. Rich was so proud that he and Judi also took part in the Jimmy and Roslyn Carter Blitz Builds, where they met the President and the First Lady. Rich was an avid Eagles Fan holding season tickets dating back to 1960. He rarely ever missed a game, and it turned into family outings with Karen and Marlene also having season tickets. He loved traveling with Judi, including to the wedding of their best man's son in Finland and her nephew's wedding in Ireland. Together they traveled to Germany, Austria, Italy (missionary), Caribbean and the Canadian Rockies. After Judi had passed in 2017 he also attended his niece Annie's wedding In Montana. His niece and nephew Bob and Patti Simonsick toured with him to some of the local national parks including Mt. Rushmore on their trip back to Kansas. Richard was preceded in death by his parents Edward & Leona Dilworth, his beloved wife Judi (Nelson), his son & wife, Edward & Kelly Dilworth, and sister, Janet Immesote. He is survived by daughters: Mary Lou (Jerry) Slusar, Marlene Dilworth and Karen McClean, by six grandchildren, three great-grand-daughters, bother-in-law Bill Doyle, nephew David (Terry) Immesote, niece Patti (Robert) Simonsick, nieces Jennifer (Mark) Young, Pam (Mike) Mathay, Becky (Stewart) Roberts, nephew Michael (Carolyn) Nelson and great nieces and nephews. Viewing and visitation will be held Monday April 4, 2022 at Trinity Community Church, 1200 Easton Rd., Roslyn, PA 19001 at 10:30 A.M. with the Funeral Service at 11:30 A.M. Interment will be at Hillside Cemetery immediately following service. In lieu of flowers, memorial contributions may be sent to Faith Community Church or to Habitat for Humanity, 533 Foundry Road, West Norristown, PA 19403

Share Your Memory of
Richard
Upload Your Memory View All Memories
Be the first to upload a memory!
Share A Memory