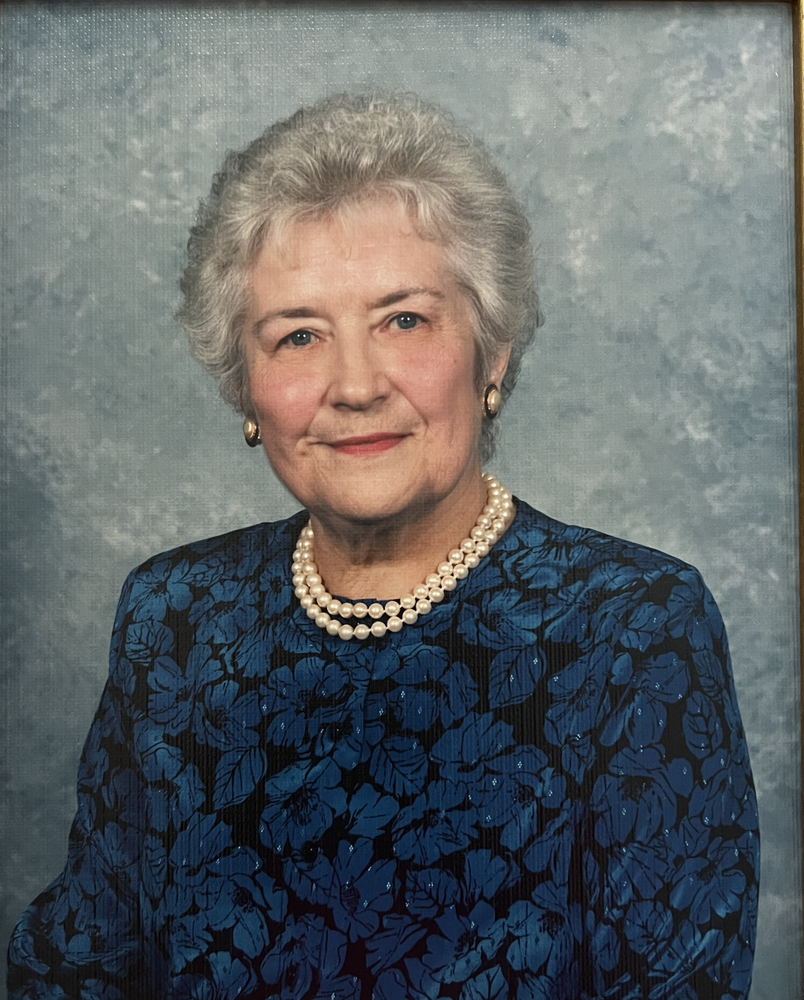 Please share a memory of Emily to include in a keepsake book for family and friends.
View Tribute Book
Emily Jane Minter Anders, age 97, a 4 year resident of Jacksonville, FL, and formerly of Abington, PA, died on March 5, 2022. She was the beloved wife of the late Walter Roscoe Anders for 38 years until his death in 1987. Born in Chambersburg, PA, Emily was the daughter of the late Henry Clark Minter, Sr. and the late Clara Armeda Bittner. She graduated from Lansdale Senior High School in 1942. After her marriage to Walter in 1948, Emily moved to Abington and lived there until 2010 when she sold her home and then split her time between her daughter, Barbara's home in Jacksonville, FL and her son, David's home in Cary, NC. It was a wonderful arrangement! Approximately every 3 months, she'd switch homes and had time to spend with the whole family. This continued between 2010 – 2018, after which she moved to Jacksonville, FL permanently until she passed. Emily was employed as an administrative assistant at Penn State University, Ogontz Campus in Abington, PA for twelve years, retiring in 1990. She was previously employed as a nursery school teacher at Abington Presbyterian Church in addition to Leeds & Northrup, where she worked in the Sales department typing orders, then in the Priorities department when WWII ramped up and they began producing items for the atomic bomb. Emily was a member of the Overlook Hills Women's Club, Abington Jr. Civic Club, Questers and PEO (National Philanthropic Educational Organization). She was an active member of Abington Presbyterian Church since 1948, where she served as an Elder and Deacon. She was involved in many church activities such as Young Couples Club, Come Doubles Club, Tuesday Morning Club and served as Volunteer Coordinator and Wedding Consultant and Sunday School teacher. Additionally, Emily participated in a program called Art Goes to School in the elementary schools to teach kids to appreciate and interpret fine art works. Emily had many interests including learning/reading about World and U.S. history and was fascinated by the British Monarchy. She loved the movie "For Love of the Game", reading, chocolate milkshakes, Ghirardelli chocolate raspberry squares and her glass of wine a day – said it was her secret to a long life! But most of all, she loved her family and friends; loved life, was always positive and woke up everyday happy and thankful! She is survived by her children and their spouses; Barbara Jean Anders Milkey (Michael) and David Alan Anders (Caren Beth Seidman), three grandchildren, Joshua Walter Anders (Lynn Yoon), Rachel Frances Anders Carpenter (John) and Michele Anders Milkey, and one great-grandchild on the way. In addition to her husband, she was preceded in death by her siblings. Dorothy Jean Minter Spicer, H. Clark Minter, Jr. and James Bittner Minter. Memorial service will be held Tuesday, March 22, 2022 at 1:00 p.m., Abington Presbyterian Church, 1082 Old York Road, Abington, where friends will be received after the service. Interment in Whitemarsh Memorial Park will be held privately. In lieu of flowers, memorial contributions may be sent to Abington Presbyterian Church, 1082 Old York Road, Abington, PA 19001 or to the charity of your choice, in Emily's name.

Share Your Memory of
Emily
Upload Your Memory View All Memories
Be the first to upload a memory!
Share A Memory