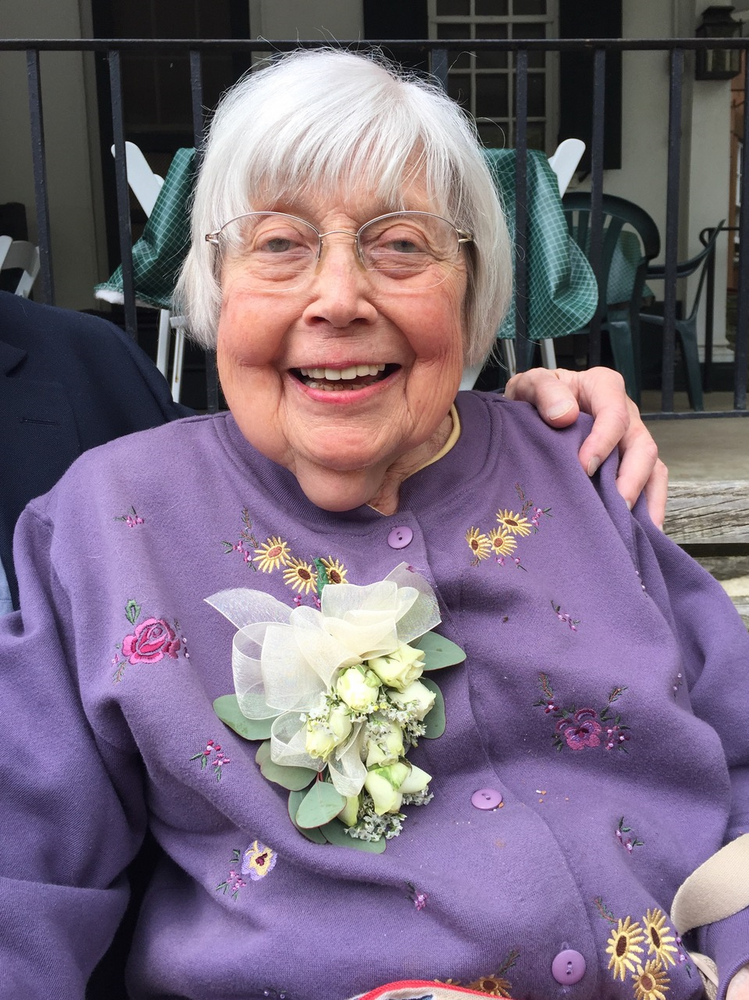 Please share a memory of Clara to include in a keepsake book for family and friends.
View Tribute Book
Clara Stevenson McGonigal, age 87, died peacefully on March 4, 2022. She was married for 62 years to Paul J. McGonigal, who died in May 2020. Born Clara Mae Stevenson on April 21, 1934, in Philadelphia, Clara was the daughter of the late Robert Oliver Stevenson and the late Clara Mae Garner Stevenson. After graduating from Olney High School, she earned her undergraduate degree in chemistry from the University of Pennsylvania in 1956. Following marriage to fellow Penn student Paul in 1957, she lived in Charleston, S.C., where he was stationed with the U.S. Navy. Clara and Paul returned to Philadelphia in 1961, then moved to Elkins Park in 1964 and to Glenside in 1974. Clara worked for more than two decades as a homemaker before returning to the field of chemistry as an editor of chemical manuals for Sadtler Research Laboratories. Independent and self-directed, Clara had many interests outside of family and work. She was a lifelong baseball fan, first of the Philadelphia Athletics, then the Phillies. She helped found and held leadership positions in the Philadelphia A's Historical Society. She loved gardening and animals — especially dogs — and was a devotee of the arts. She was a member of Jenkintown's Grace Presbyterian Church for 58 years. Clara is survived by her three children and their spouses, Robert and Peg McGonigal of Milwaukee, Wis.; Ruth and John Gundermann of Hershey, Pa.; and Susan and Chip Whitaker of Niskayuna, N.Y., and by grandchildren Erica Gundermann Zyznewsky, Sam Weil, Arielle Weil, Hannah Gundermann, Kevin Whitaker, and Emily Whitaker. Her family thanks Visiting Angels and Artman Assisted Living Community for the care they provided to Clara in the last months of her life. A memorial service will be held at Grace Presbyterian Church, 444 York Rd., Jenkintown, Pa., on Wednesday, March 9, 2022, at 12 noon, friends will be received after the service. Interment will be held privately. Memorial contributions may be sent to Montgomery County S.P.C.A., 19 E. Ridge Pike, P.O. Box 222, Conshohocken, PA 19428. (www.montgomerycountyspca.org/donate)

Share Your Memory of
Clara
Upload Your Memory View All Memories
Be the first to upload a memory!
Share A Memory