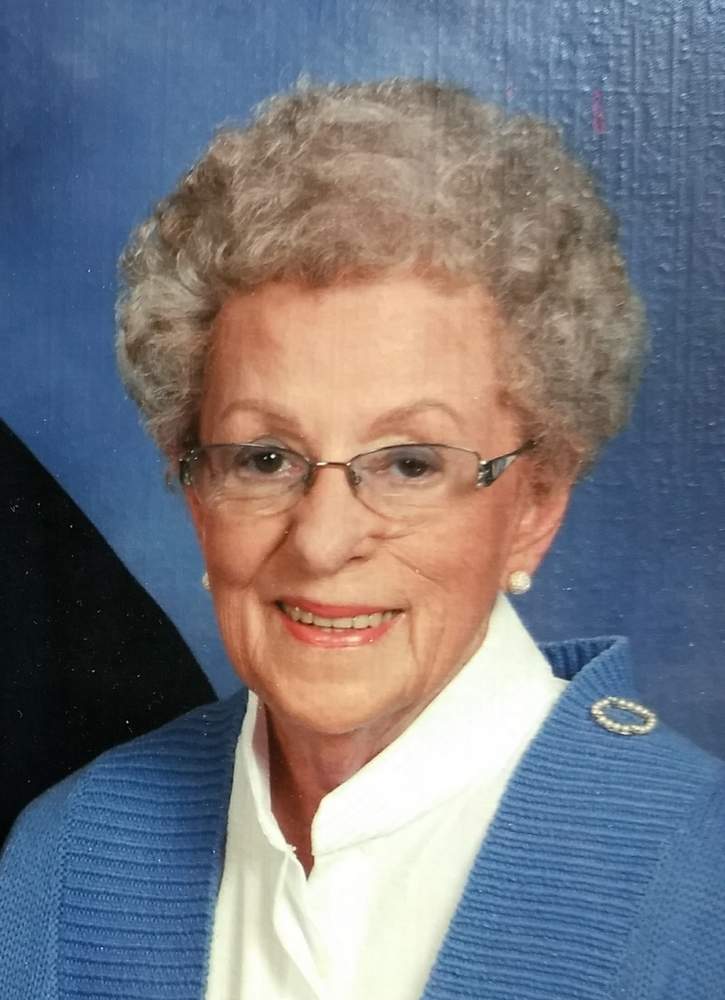 Please share a memory of Jane to include in a keepsake book for family and friends.
View Tribute Book
Jane Estelle Clark Wilson, age 89, a resident of Rydal Park in Jenkintown, PA, died on February 17, 2022. She was the devoted wife of the late John Sterling Wilson for 63 years, until his passing in 2017. Born in Philadelphia, PA, she was the younger daughter of Leonard David Clark and Elizabeth (Dornan Grant) Clark. She grew up in the Lawndale and Burholme sections of Philadelphia, along with her older sister, Elizabeth Ann (Clark) McDowell. During her growing years, she and her family occasionally visited her Dad's mother in Florida. Jane and her parents also traveled with her spinster aunt, Mabel Clark, who lived in center city Philadelphia. As a teenager, she frequently visited Aunt Mabel and they toured the Art Museum and other sites of interest, always having lunch at the Colonnade restaurant. Jane attended Olney High School, graduating in June 1950. While at Olney, she was a member of its A cappella choir, performing at a wide variety of venues. Upon graduating from Olney, Jane worked as a secretary at the Insurance Company of North America, continuing her employment there until she married John Sterling (Jack) Wilson. Jane was introduced to Jack in March of 1952 by their mutual friend, Janet Marie Classe. They became engaged shortly thereafter, and were married June 19, 1954, following Jack's commission in the Navy. After their wedding, they honeymooned at The Cloister in Sea Island, GA. They then lived in Athens, GA for three months while Jack attended the U. S. Naval Supply Corp. School, conducted by the Navy at the University of Georgia. With Jack's assignment to a ship in Norfolk, VA, they moved there, where they lived until Jack's release from activity duty in June 1957. Upon Jack's release from the Navy, Jane and he returned to Philadelphia where they lived for a brief time in the Lawndale section prior to their purchase of a home in North Hills, PA. They lived there until 1965, when they moved into their then newly built home in Custis Woods, Glenside, PA. During their time in Norfolk, Jane secured a position as secretary to the Manager of the Ocean View branch of the Southern Bank of Norfolk. Shortly after their relocation to North Hills, she was employed as a secretary and bookkeeper for T. W. Montague, realtor in Jenkintown, PA until the birth of their daughter in 1962. Jane and family were members of Glenside Methodist Church and subsequently of Abington Presbyterian Church. In 1975, they became members of Lu Lu Country Club of North Hills, PA, where she and Jack played together on Sundays and occasionally in mixed tournaments. They also became members of Manufacturers' Golf & Country Club of Oreland, PA in 1983 and of Rio Verde Country Club of Rio Verde, AZ in 1993, where they wintered in subsequent years. They traveled to France, England, Ireland, Wales and Scotland, the country of Jane's maternal ancestors. As for domestic travel, in addition to visiting Bryan and family in MA, Jane and Jack traveled alone and with friends to California, New Mexico, Georgia, Florida, and islands in the Caribbean. In the winter of 1994 while playing golf in Rio Verde, AZ, Jane tripped, breaking her left arm. A visiting friend suggested that Jane take up water color painting, as playing golf was not possible. She took several lessons at the Community Center and her avocation as a talented water colorist began. Through the following years, the collection of her paintings grew to a hundred or more, many of them given to friends and relatives at holiday time. Jane was a member of the Woodmere Art Museum in Chestnut Hill, Philadelphia, PA, where many of her paintings were displayed at art shows hosted by the museum. Jane was a very caring person, a selfless wife, mother and grandmother, devoted to family and friends alike. In their declining years, among others, she tended to her father, Aunt Mabel, Jack's mother, dad and Aunt Mildred, and to her lifelong friend Janet Classe. She was generous, funny, loving, loyal, and outgoing. Each of us would hope to be missed after we've gone. Jane will not have had to hope. She is survived by her loving children, Elizabeth Ann Dorf, wife of Robert Andrew Dorf, residing in New Jersey; Bryan Sterling Wilson, husband of Lara Jeanne Wilson, residing in Massachusetts; and four grandchildren, Elisielle, Verreth, Tyden and Clairenne. Funeral service will be held privately. In lieu of flowers, contributions may be made to Shriners Hospital for Children, 3551 N. Broad Street, Phila., PA 19140 (www.donate.lovetotherescue.org)

Share Your Memory of
Jane
Upload Your Memory View All Memories
Be the first to upload a memory!
Share A Memory