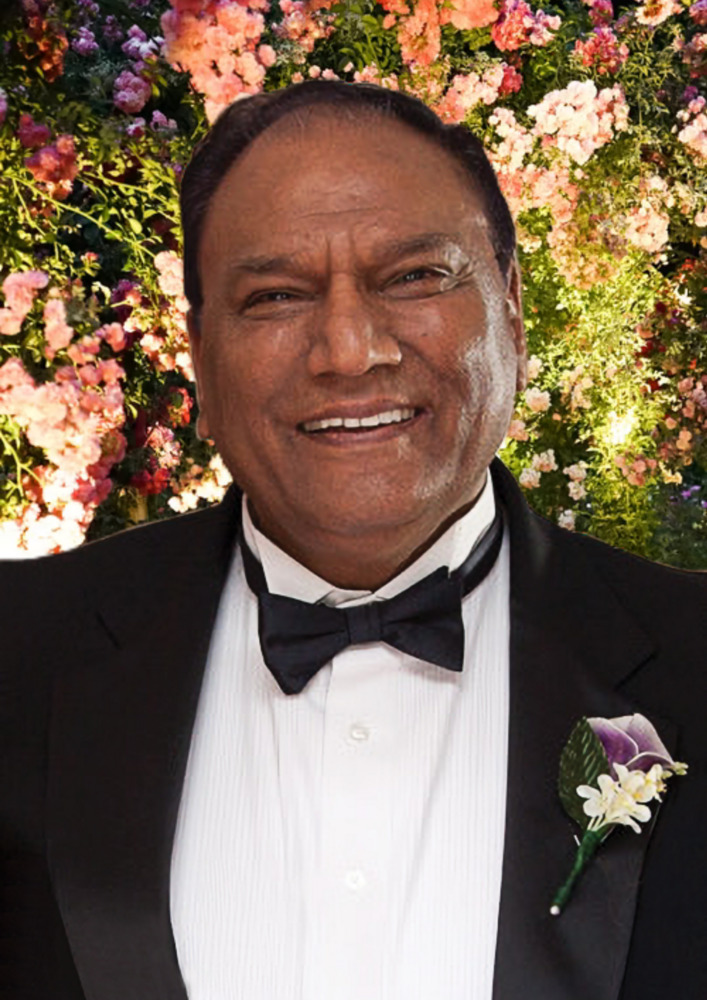 Please share a memory of Kanwal to include in a keepsake book for family and friends.
View Tribute Book
Kanwal Errol Eugene Edwin, age 77, a six year resident of Norristown, PA, and formerly of King of Prussia, died on February 7, 2022. He was the devoted husband of Yolanda Rios Sepulveda Edwin for 25 years. Born in Lahore, Pakistan, he was the son of the late Edwin Caleb Mall and the late Esther E. Dutt. After graduating from Rang Mahal Christian High School, Kanwal attended Forman Christian College and American College of Financial Services located in Villanova, PA, where he earned degrees in Pre-Med/Biology, Major Economics, History Literature and Financial Planning. He was the CEO of Lord and Kees Financial Systems, Inc. for 46 years. He was previously employed in an auto franchise from 1967-1970. Kanwal was a member of Fairview Village Church in Eagleville, PA for 6 years, where he served on the service committee. He was a previous member of Morning Star Christian Church (now disbanded) for 20 years, where he served as a Deacon and Pastor for English services. He loved WWE wrestling, playing tabla for 50 years and body building. His love for people was immense and loved to minister, pray and encourage. In addition to his wife, he is survived by his loving children; Sabina Tuley of Royersford, PA, Olivia Fisher (Phil) of Zephyrhills, FL, John Edwin (Christine) of Plymouth Meeting, PA, René Diaz (Amanda) of Warminster, PA, Christian Edwin of San Jose, CA and Esther Edwin of Norristown, PA, nine grandchildren and 6 spiritual grandchildren. He is also survived by his siblings, Dr. Edna Mahmood (Zia) of Sinking Spring, PA, Edith Glendening (James) of Wallingford, PA and his former wife, Peggy Edwin. He was preceded in death by his brother, Ernest Mall (Edwina) of Philadelphia, PA. Funeral Service will be held at 10:30 AM on Friday, February 11, 2022, Fairview Village Church, 3044 W. Germantown Pike, Eagleville, PA. Relatives and friends will be received from 9:00 AM until 10:00 AM. Interment will be in Northwood Cemetery. In lieu of flowers, memorial contributions may be made to Pastor at Lord and Kees Ministries International.

Share Your Memory of
Kanwal
Upload Your Memory View All Memories
Be the first to upload a memory!
Share A Memory