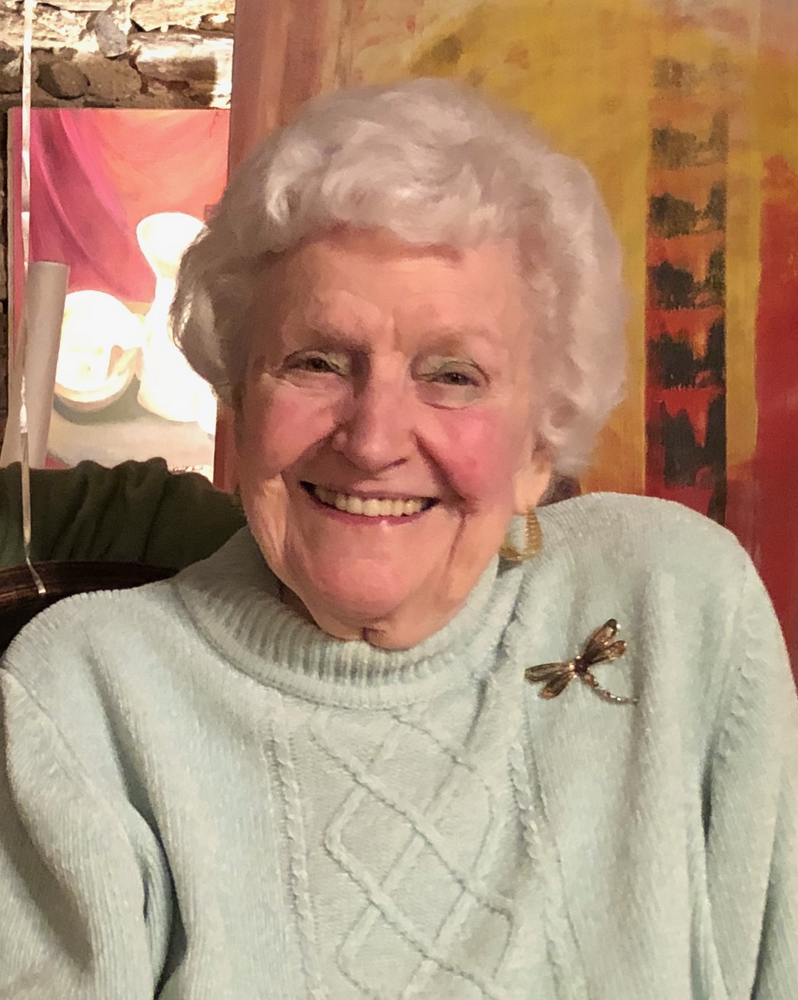 Please share a memory of Lola to include in a keepsake book for family and friends.
View Tribute Book
Lola Helen Winternheimer Gerhardt passed away in her sleep on January, 25th at the age of 94 in West Chester, Pennsylvania. Lola was born on December 17, 1927 to Martin and Florence Winternheimer in Evansville, Indiana. She married Richard Edward Gerhardt of Evansville upon his return from action in the Pacific Theater at the end of World War II. The couple lived throughout the Midwest, East Coast and retired to N. Carolina. She enjoyed playing golf and travelled extensively across the US and around the world. After 65 years of marriage, Richard passed away in 2012, Lola relocated to Pennsylvania. Lola was a homemaker, a volunteer with charitable organizations, an excellent seamstress, an avid reader, made the best fried chicken, and had a wicked sense of humor. She was preceded in death by her brother Wayne Winternheimer. She is survived by her brother Roy (Shirley) Winternheimer and her sister Nancy (Irving) Heim; children Michael Elliott (Renate) Gerhardt, Jenifer Sue Gerhardt and Martha Juliette (Ross) Fletcher; daughter-in-law Julie Jean Gerhardt; granddaughters Heather (Brendan) Gallagher, Kathryn (Sean) Rinda and Meghan (William) Wismer; great-grandchildren Henry, Weston, Quinn, Annabelle, Charlotte and Garrett; and numerous beloved nieces and nephews. Services will be held privately. Memorial contributions may be sent to Alzheimer's Association 225 N. Michigan Avenue, Floor 17, Chicago, IL 60601 (www.alz.org/donate)

Share Your Memory of
Lola
Upload Your Memory View All Memories
Be the first to upload a memory!
Share A Memory