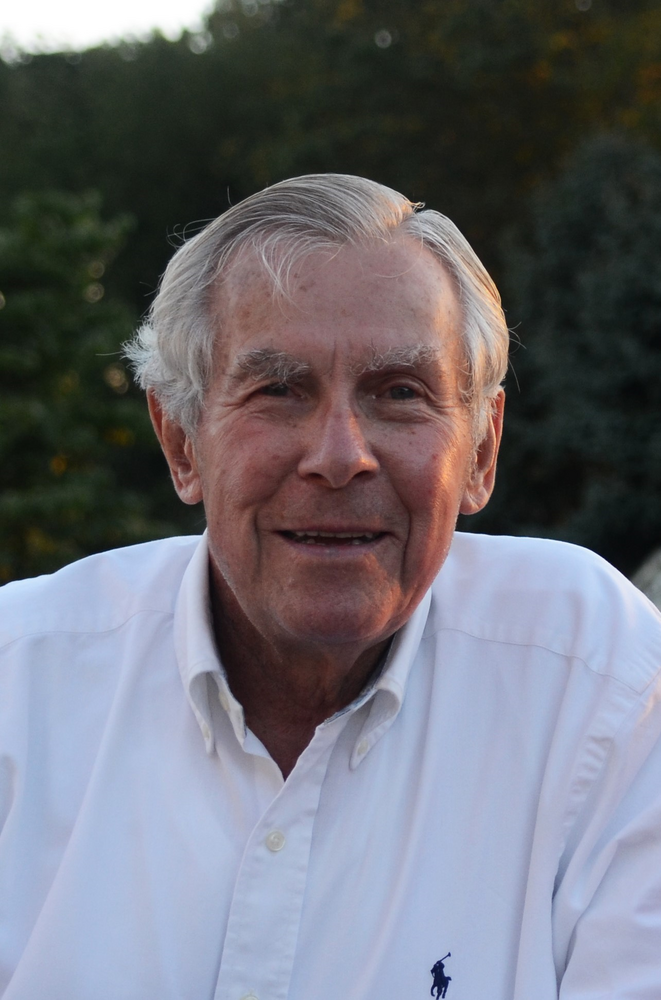 Please share a memory of Horace to include in a keepsake book for family and friends.
View Tribute Book
Obituary for Horace MacVaugh III, MD, RADM USNR (Ret) Horace MacVaugh III was born August 26, 1930 in Philadelphia to Blanche G. Newman and Horace MacVaugh Jr. He died at home in Wayne, PA on January 24, 2022. Horace is survived by his wife Carol Ann MacVaugh nee Burns; daughter Leslie Demmert nee MacVaugh (Paul); son Horace MacVaugh IV (Catherine Vayda); son-in-law Mark Cheshire; sister Janice Kopple nee MacVaugh; mother of his children Suzanne Hollis MacVaugh nee Lapp; Grandchildren Jennifer Demmert Hardwick, Shannon Demmert Puri, Peter Arthur Plantier, Kate Hollis Plantier, Madeline Anne MacVaugh, Horace MacVaugh V, Hollis Frost MacVaugh, 5 greatgrandchildren and two nieces, Kimberly Kopple (Craig Conover) and Kristin Kopple (Archangelo Guida). He was preceded in death by his daughters Anne Carol MacVaugh and Hollis MacVaugh Cheshire. Education was an important part of Horace's life. He graduated from Cheltenham High School then located in Elkins Park, PA in 1948 and was inducted into Alumni Hall of Fame 1999. He graduated from Yale University, class of 1952 with a B.S. in Zoology and University of Pennsylvania Medical School, class of 1955 with his M.D. He was inducted into Alpha Omega Alpha Honorary Medical Society. His chosen profession was as a cardiothoracic surgeon, and he was board certified in General Surgery. He was Professor of Surgery, University of Pennsylvania until 1988; Professor of Surgery, Jefferson Medical College of Thomas Jefferson University until 1990; Chairman of Department of Surgery, Lankenau Hospital, 1978-1986; Chief, Division of Cardiothoracic Surgery, The Graduate Hospital,1986 to 1990. He performed the first coronary artery bypass surgery at the University of Pennsylvania Hospital. He was accepted into NASA's astronaut training program but elected to continue his career in cardiothoracic surgery. In 1956, Horace began a 30+ year military career when he entered active duty in the U.S. Navy with the rank of Lieutenant at Naval Air Station Pensacola, FL. He served at Hickam Air Field and Barbers Point NAS, Territory of Hawaii, performing duties as a naval flight surgeon in transport squadrons. He continued to serve in the US Navy Reserve at Willow Grove NAS and was promoted to the rank Rear Admiral, US Naval Reserve Medical Corps in 1986. Throughout his life, Horace had a wide variety of interests, skills, and hobbies. He was a long-time member of The Union League of Philadelphia, The Church of the Holy Trinity, The St. Andrews Society of Philadelphia, Gulph Mills Golf Club, Merion Cricket Club, Racquet Club of Philadelphia, Right Angle Club, Pennsylvania Falconry and Hawk Trust, and Aircraft Owners and Pilots Association. Horace enjoyed an active life playing golf, skiing, riding the cresta in St. Moritz, climbing 18,500' peak Kala Pitar in the Himalayas; he was a licensed private and commercial pilot. He was an avid woodworker, enjoyed the Philadelphia Orchestra, ice dance at Old York Road Skating Club, Wissahickon Skating Club. He participated in many Bohemian Grove summer events, and was interested in long distance vintage automobile races. He was an avid sailor and captained sailboats across the Virgin Islands and the Grenadines. The funeral service will be private. In lieu of flowers, the family respectfully suggests memorial contributions to the Michael J Fox for Parkinson's Research, The Salvation Army or The Church of the Holy Trinity, 1904 Walnut Street, Philadelphia, PA 19103.

Share Your Memory of
Horace
Upload Your Memory View All Memories
Be the first to upload a memory!
Share A Memory