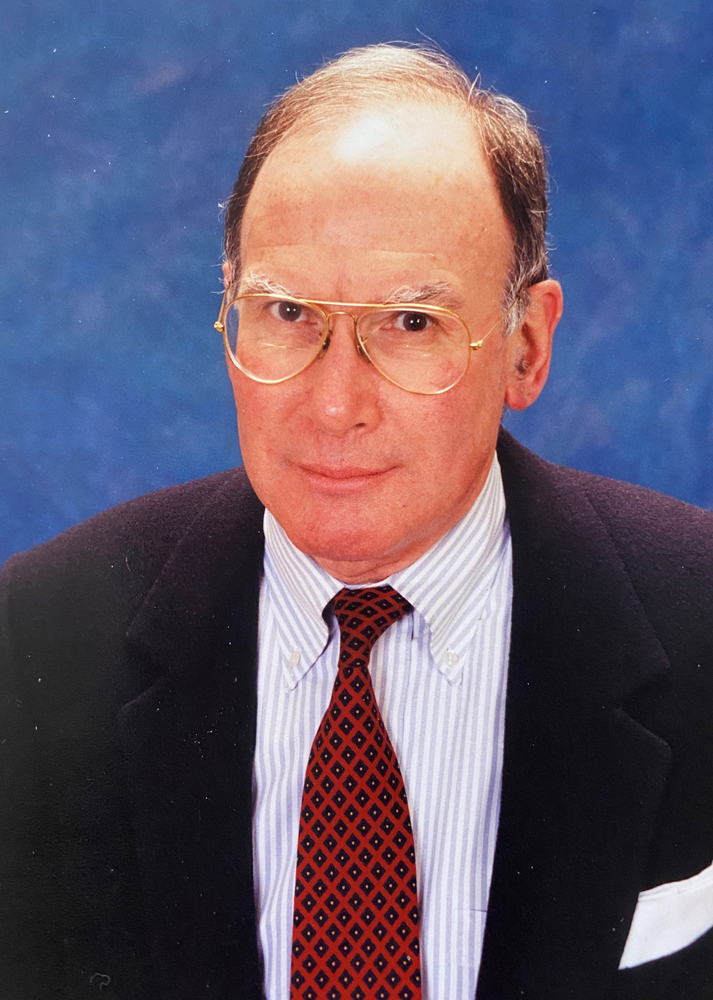 Dan Peter Kopple of Chestnut Hill passed away on December 15, 2021. He was born on June 10, 1934, in Philadelphia to Sara M. and Harry N. Kopple, of Elkins Park, PA. Dan grew up in Elkins Park. He attended Shoemaker Elementary School, where he first met his future wife, Janice MacVaugh, in second grade. Dan attended Cheltenham High School and was an editor of the school newspaper. He recalled printing the paper on a mimeograph machine and the ink staining his fingers blue. Dan attended Princeton University as an ROTC cadet, earning a Bachelor of Arts in Architecture, Magna Cum Laude, in 1956 and a Master of Fine Arts in Architecture in 1958. Dan's time at Princeton was one of the richest experiences in his life and he maintained close connections with his roommates, friends, and the University Dan served his country in time of peace under MATS (Military Air Transport Service), working on design and construction projects for the Air Force. He underwent Basic Training at McGuire AFB in Fort Dix, NJ the summer of 1958. In a brief leave before deployment, Dan was married to Janice MacVaugh in December 1958 and reported immediately with his bride to Wright-Patterson AF IT (Air Force Institute of Technology) in Dayton, Ohio for active duty. They transferred to Scott AFB in Bellville, Ill. in April 1959 and returned to Philadelphia at the end of Dan's tour of duty in January 1960. After his discharge from the Air Force, Dan started at the Vincent G. Kling Partnership full time as a project designer, eventually becoming a partner and principal. In 1975 Dan started Kopple, Sheward and Day, specializing in major transportation gateways like the Philadelphia International Airport, 30th Street Station renovation and Air Rights development, Penn Center, Dilworth Plaza, and Center City West. In 1984 Kopple Sheward and Day developed into DPK&A, continuing to serve clients in the transportation industries. In 2008 DPK&A merged with the Kansas City-based engineering firm, TranSystems. Dan practiced with TranSystems until 2014 when he founded DPK.aia, a strategic planning and architecture consulting firm. As a partner in the Kling Partnership, Dan was the architect of award-winning buildings for the International Monetary Fund in Washington, DC, the IBM Building and Central Penn National Bank Building at Penn Center in Center City Philadelphia, and the planner for development of rail yards in Pittsburgh and Philadelphia, the masterplan for Washington National Airport, and reconstruction for Philadelphia International Airport. With DPK&A, Dan was the Partner-in-Charge in association with internationally renowned architect Charles W. Moore for Atlantixcenter, a development proposed for JFK Boulevard west of 23rd Street, including a luxury hotel complex on the Schuylkill River with a Ferris wheel cocktail lounge. He was involved in multiple approaches to developing the Air Rights at 30th Street Station. DPK&A projects include Terminal B/C Improvements at Philadelphia International Airport, the Frankford Transportation Center, and 30th Street Station Restoration and Rehabilitation. Dan served as a director and board member of the AIA Philadelphia, an AIA Pennsylvania board member, and President of the Association of Princeton Graduate Alumni. He was Past President and Trustee of The Carpenters Company of Philadelphia, having first served on the Management Committee as Warden. He served on the City of Philadelphia Planning Commission Committee, participating in rewriting the Central Business District zoning ordinance. He contributed designs for ecclesiastical furnishings for St. Martins-in-the-Fields, where he was a parishioner for many years. Dan was a founding member of the Charter High School of Architecture and Design. Dan was predeceased by his brother Kenneth D. Kopple, PhD, with whom he shared a love of the Great American Songbook, musicals, operetta, opera and classical music, as well as an appreciation for the beauty of nature. Dan is survived by his wife, Janice MacVaugh Kopple, his daughters Kristin Kopple (Arcangelo Guida) and Kim Kopple (Craig Conover) and his grandchildren Lucy Guida, Giacomo Guida and Gigi Guida. Services will be held privately. In lieu of flowers, memorial contributions to The Carpenters' Company of Philadelphia, 320 Chestnut Street, Philadelphia, PA 19106 or to a charity of the donor's choice will be appreciated.

Share Your Memory of
Dan
Upload Your Memory View All Memories
Be the first to upload a memory!