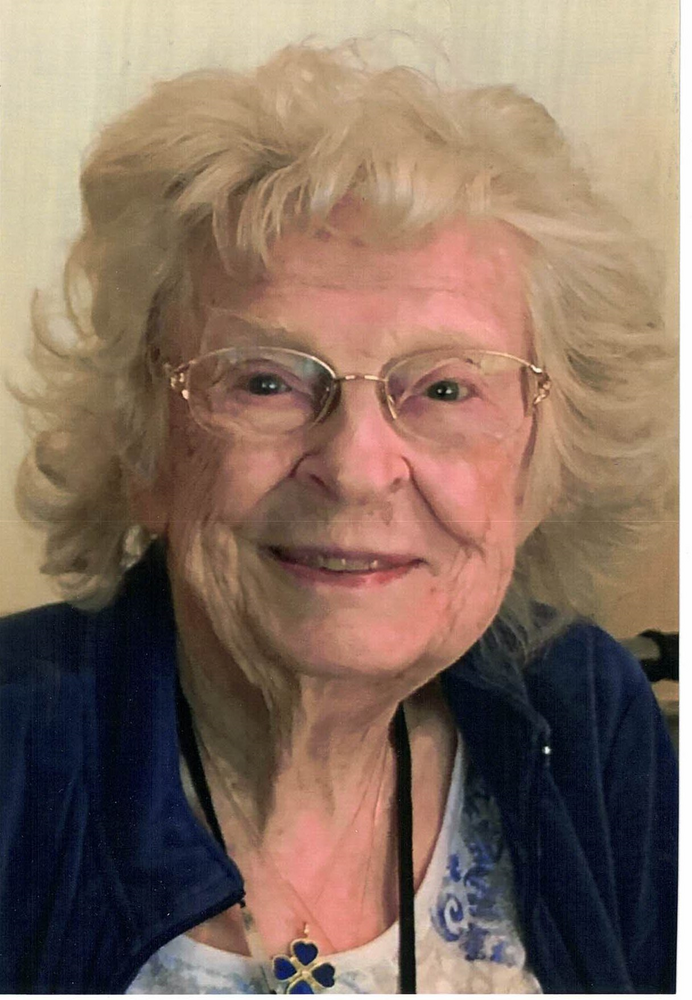 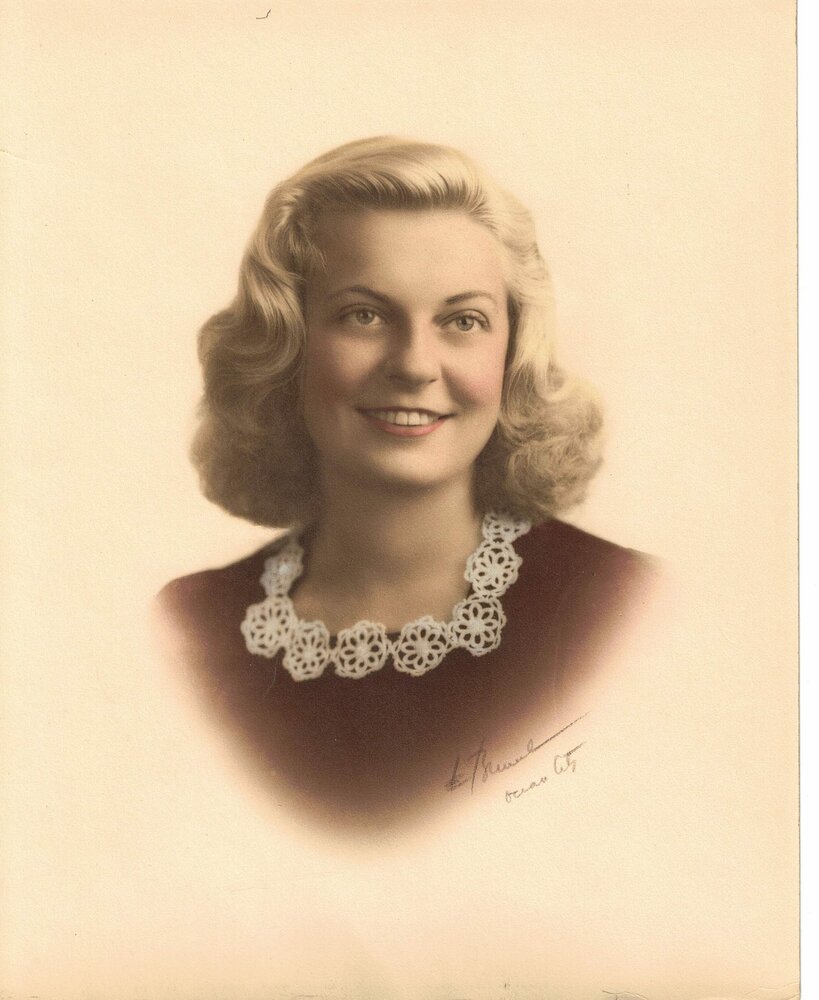 Please share a memory of Evelyn to include in a keepsake book for family and friends.
View Tribute Book
Evelyn Lois Lotz, age 98, a resident of Christ's Home in Warminster and formerly of Abington, PA died on August 15, 2021. She was he devoted wife of the late John "Jack" Jacob Lotz for 45 years until his death in 1990. Born in Philadelphia, PA, Evelyn was the daughter of the late Warren Buckley and the late and Edna Douglas Buckley. She graduated from Olney High School in 1940, where she served on the Senior Luncheon Committee and served as Secretary of the Hi-Y. She studied Journalism and English at the University of Pennsylvania, from where she earned her Bachelor's degree in 1944. During her time at Penn, she was a member of the Choral Group, The Christian Association and Alpha Chi Omega Sorority. After her college graduation, she worked for a short period for Blue Cross. At the time she and Jack married, she stopped working, outside of the home, and focused on being a devoted wife, mother and homemaker. Evelyn was a member of St. John's Lutheran Church in Elkins Park, PA for many years. She later joined Gloria Dei Church in Huntingdon Valley, PA. Evelyn enjoyed golfing and traveling with her husband and their friends. One of her many happy places was Manufacturers' Golf and Country Club where she enjoyed many happy days on the course and family dinners in the dining room. She enjoyed traveling with friends and experiencing new places and meeting new people. She loved reading mystery novels, often staying up until the wee hours of morning to finish one. She was a great supporter of the arts and had season tickets to the Walnut Street Theater and the Philadelphia Orchestra. She loved movies and British television shows. Faulty Towers was a favorite. She enjoyed singing and playing cards and games with her great-grandchildren. She loved sharing a nice bottle of Chardonnay and a cheese plate with friends. She loved a good meal out, especially when filet, shrimp cocktail and chocolate Haagen-Dazs ice cream was served. Her happiest moments were spent, surrounded by family, in the Ocean City, NJ house that she and her husband purchased in 1984. It was there where she spent many a beloved summer with family and friends. She never missed a grandparent's day or a graduation. She attended every performance and school concert until she was no longer able. She was a member of The Candy Canes and the Antiquarians, and other charitable organizations. She is survived by her loving children; Mary Dare (Craig) and Joan Labarbara (Morton Subotnick), by her dear grandchildren; Chrissy Derbyshire (Ron), Michael Dare (Kiera) and Jacob Subotnick and by her great-grandchildren; Hayley, Brennan, Millie, Olivia, Alex and Henry. Funeral service will be held at 11:00 AM on Friday, August 20, 2021, Helweg & Rowland Funeral Home, 1500 Old York Road, Abington, where friends will be received from 10:00 AM until the time of the service. Interment will be in Sunset Memorial Park. In lieu of flowers, memorial contributions may be sent to Logan's Heroes Animal Rescue, 9411 Kings Highway, East Greenville, PA 18041 (www.lharinc.org)

Share Your Memory of
Evelyn
Upload Your Memory View All Memories
Be the first to upload a memory!
Share A Memory