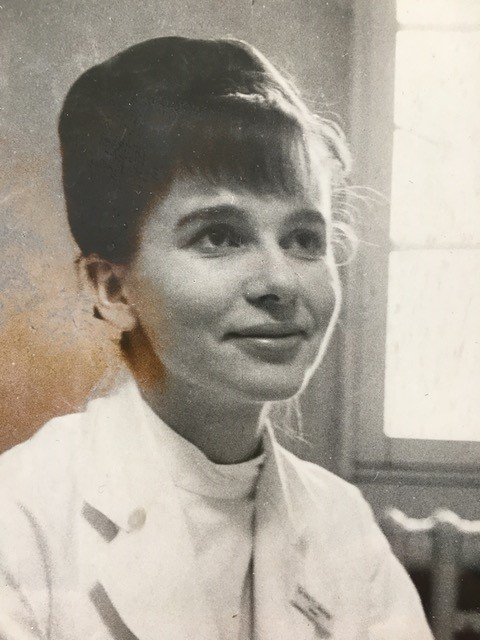 Please share a memory of Eva to include in a keepsake book for family and friends.
View Tribute Book
Eva J. D'Alonzo, D.O., a 42-year resident of Penn Valley, died March 27, 2021, at the Hospital of the University of Pennsylvania. She was 83. Born in Brest, Poland to the late Stefan and Helen Jasinski, she had a remarkable life. After being taking prisoner by the Nazis at the age of two in Poland, she and her mother were taken to a work village in Russia. They were finally released when Russia joined the Allies. Eva and her mother then made the arduous journey to America through a circuitous route across Europe to India and then Mexico before finally arriving in America. She and her mother were later reunited with her father who had been in a Siberian concentration camp and then had continued fighting for the Allies. She was the wife for 38 years of Dr. Henry A. D'Alonzo. After graduating from Girls High School, Dr. D'Alonzo studied pre-med at Temple University. She then earned a degree in medicine in from the Philadelphia College of Osteopathic Medicine. Dr. D'Alonzo, a general practitioner, practiced at P.C.O.M. and in private practice. Dr. D'Alonzo had a fondness for Italian culture and especially enjoyed learning its language. She spoke Polish as well as some Italian and Spanish. She was a devout Catholic and she enjoyed gardening and science. Dr. D'Alonzo is survived by her three daughters, Bona Lisa D'Alonzo of Penn Valley, PA, Diana D. Porges of New York, NY and Patricia D. Spenner of Darien, CT; a son Henry S. of Chesapeake, VA; five grandsons and a granddaughter. Funeral Mass will be celebrated at 10:00 AM on Wednesday, March 31, 2021 at St. John Vianney Church, 350 Conshohocken State Road, Gladwyne, PA 19035. Relatives and friends will be received, at the church, from 9:00 to 10:00. Interment will be in Holy Sepulchre Cemetery, Cheltenham. Memorial contributions may be sent St. John Vianney Church, 1110 Vaughan Lane, Gladwyne, PA 19035.

Share Your Memory of
Eva
Upload Your Memory View All Memories
Be the first to upload a memory!
Share A Memory