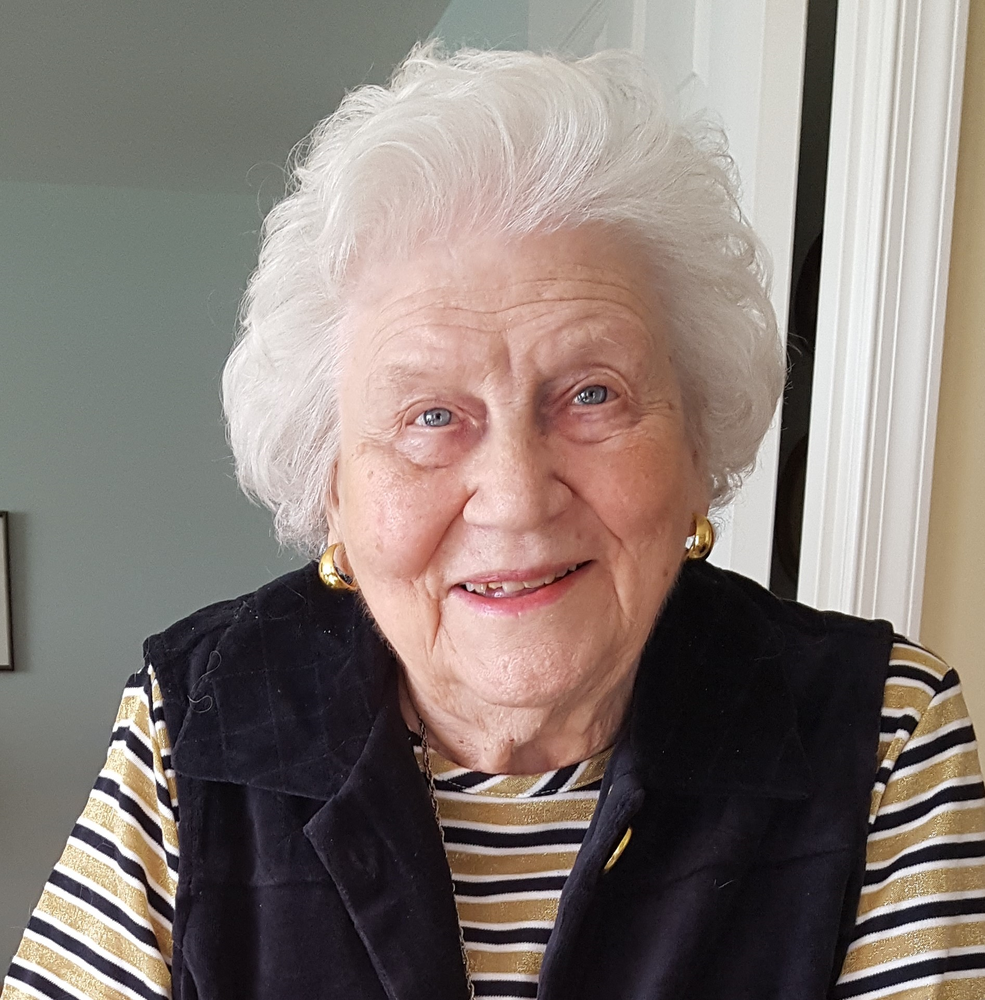 Please share a memory of Lillian to include in a keepsake book for family and friends.
View Tribute Book
Lillian Tolsma of Warminster, and longtime resident of Roslyn, PA went home to be with her Lord and Savior on Friday, January 29, 2021. She was 92. Lillian was the loving wife of John for 65 years, and mother of Richard of Philadelphia, Karen (Sidney) of Sellersville, Susan (Steven) of Lake Oswego, OR, Alan (Lori) of Simpsonville, SC, and Linda (Brian) of Warrington. She is also survived by 16 grandchildren and 11 great grandchildren. Lillian was born on March 2, 1928 in Detroit, Michigan to Wilhelm and Ida Ulrich. Her father, seeking the American dream during inflation years in Europe, emigrated from Germany in 1923 and her mother and four sisters arrived a few years later. Lillian was the fifth daughter, their surprise little American girl who delighted them all. During the Depression, Lillian's parents ventured to California to make a living there. These were hard years, raising chickens and turkeys in Calabasas and Canoga Park. In 1937, Lillian and her mother traveled to Germany, which was intended to be a short visit. With war brewing in Europe and an economic depression in the states, they decided to stay. Lillian would remain in Germany until 1947. Lillian completed her schooling, including architectural training and technical drafting, in Berlin during WWll. During this time, she experienced food rationing, bombings to her home, and frequent visits to air raid shelters. God was faithful to Lillian and her family, and they all survived. After the war, her parents encouraged her to move back to the U.S. to maintain her citizenship. Lillian initially arrived in New York, but eventually settled in New Jersey and attended Ridgewood Secretarial School. Afterward, she worked at Borden Cheese Company on Madison Avenue in New York City. In 1948, she was introduced to John Tolsma, and through him and his church family, Lillian found faith in Christ. In 1952, the two were married and settled in New Milford and eventually Saddle Brook, NJ, where four of their five children were born. John's job brought the family to the Philadelphia area, and soon after their youngest child arrived. The years of raising five children were busy ones for Lillian, with lots of memories, including a six-week trip across the U.S. In addition to visiting almost every state, including Hawaii and Alaska, Lillian and John traveled extensively throughout Europe, and to Australia. Lillian was an accomplished seamstress and especially enjoyed sewing outfits and dresses for her daughters and herself. John and Lillian lived in Roslyn, PA for 47 years until they retired to Ann's Choice in 2008. Lillian was a member of Trinity Orthodox Presbyterian Church for nearly 60 years until her death. After a private interment, a celebration of Lillian’s life will be held at 4 PM Thursday, February 4, at Trinity Orthodox Presbyterian Church, 151 W. County Line Rd, Hatboro, PA. Guests will have the opportunity to greet the family prior to the service at 3:15 PM. Masking and social distancing will be required in the church. The service will also be livestreamed at https://youtu.be/aK2uTePoSrE . Memorial donations in memory of Lillian can be made to Trinity OPC, 151 W. County Line Rd., Hatboro, PA 19040.
Thursday
4
February

Share Your Memory of
Lillian
Upload Your Memory View All Memories
Be the first to upload a memory!
Share A Memory
Plant a Tree