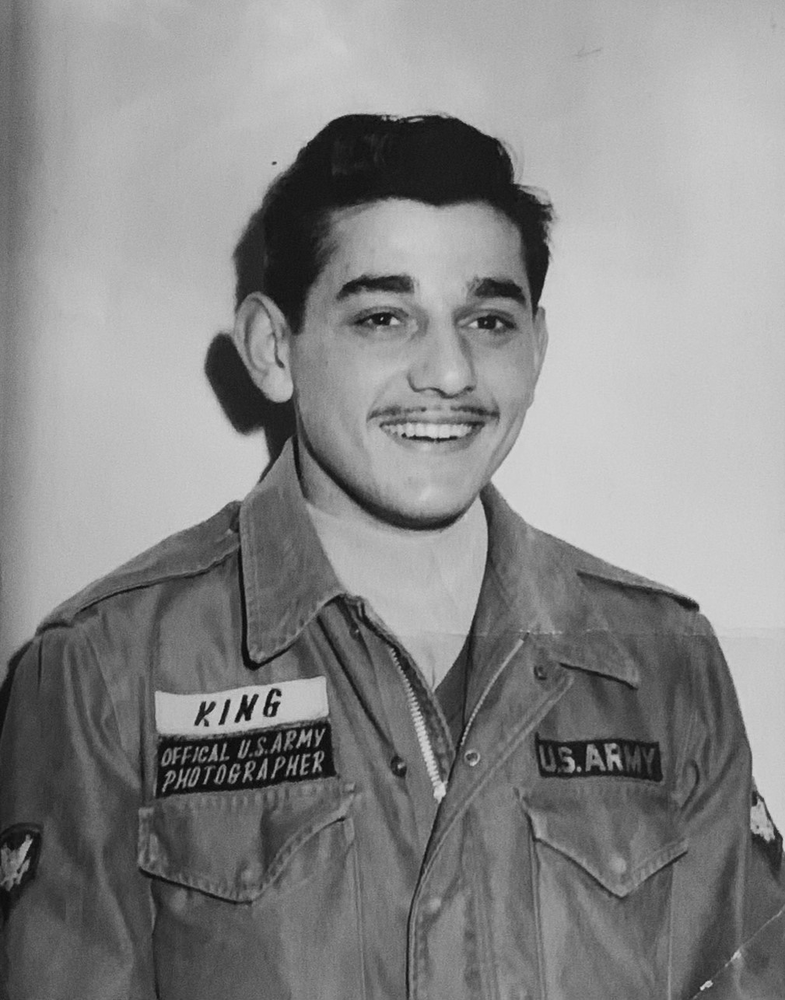 Please share a memory of Robert to include in a keepsake book for family and friends.
View Tribute Book
Robert Earl King, age 82, a resident of Rosewood Manor passed away peacefully on January 16, 2021. He was known to most as Bob, Grandpop-Bob or 'The King'. He was preceded in death by his former wife, Julia Domanico. He will be greatly missed by his beloved daughters, Robin King Maute (David), Gina Gaylord and Michele Piccione (Edward) and by grandchildren, Allyson Maute, Madeline Maute, Sophia Maute, Julia Gaylord, Laura Gaylord, Brian Piccione, Matthew Piccione and Edward Piccione. Bob was left, as an infant, on the doorstep of a Catholic orphanage with instructions to not put up for adoption, as they would return. They did not, so he never met his biological parents. He was raised as a foster child by Elizabeth Friel Kulp and Elwood Kulp, with sisters Patricia Pellegrino (Michael) and Elizabeth Wooten (John). He considered his nieces, the late Betty Stoughton (Henry) and Jill Gavioli, like sisters growing up. Bob went to Saint Henry's grade school and Northeast Catholic High School and served as an altar boy throughout. After high school graduation, Bob joined the United States Army and served as Corporal for 4 years. He also was a photographer. He was able to travel, explore and photograph many interesting places during his leave time while serving. He drove a town car for Academy Cab for many years, doing the very early shift starting at 4:00 am, often headed for the airport. He had many stories after talking with his passengers during the rides which could have easily been Seinfeld episodes. One time in particular, the rider worked for a clothing company and she sent pajamas for his family. Bob married Julia and adopted her two daughters from her previous marriage. They resided in Northeast Philadelphia, where they were members of St. Jerome's Parish. He was an avid movie watcher and was known to always have a fresh bowl of popcorn close by, making it nightly with oil and kernels, the old school way. Because he ruined the pot, it was the only pot Julia allowed him to use. His daughters fondly remember their mother having the percolated coffee ready every morning and the neighbors coming over for a cup before work and sit with Bob. His VHS collection was divided into categories such as Academy Award winners, Broadway musicals, Frank Sinatra, Sci-Fi, Godfather/mobsters etc. He knew his movie trivia! He enjoyed dancing and he and Julia used to go to Pavio's often for dinner and dancing. Family vacations consisted of one week in Wildwood, NJ, at a motel, where they enjoyed bike riding on the boardwalk in the morning, going to the beach, swimming in the motel pool and enjoying the rides and boardwalk games at night. Daily at 5:00 PM, he would have a glass of scotch, which was his favorite drink, second only to a glass of Chianti with an Italian meal. When he was taken out for a special occasion, he would order his favorite meal of fried oysters. He also loved Chinese food and would order it weekly. He loved games in general and would play hours of Monopoly, Yahtzee, and cards with the Maute girls. A perfect day was spent gambling at Resorts Casino, where he enjoyed playing black jack and craps, eating at the buffet, walking on the boardwalk and sitting on a bench looking at the ocean. Later in life, when living in Tacony, he settled for the nickel slot machines in the local casinos. Every year to celebrate Robin's birthday, he purchased a zoo membership to enjoy with his granddaughters when they were young. The highlight of the visit were the Polar Bears. After his divorce, he lived over thirty years in the Tacony section of Philadelphia, in an apartment with a porch in St. Leo's Parish. He made use of the front porch and sat there often feeding the birds and squirrels in his retirement. He regularly enjoyed eating at the Mayfair Diner and Sweet Lucy's Smokehouse. Go Phillies! Fly Eagles fly! Graveside Service will be held on Friday, May 14, 2021 at 11:30 a.m. at Washington Crossing National Cemetery, 830 Highland Road, Newtown, PA. In lieu of flowers, memorial contributions may be made to Catholic Relief Services, P.O. Box 17090, Baltimore, MD 21297 (www.crs.org/ways-to-give) "I would like to be remembered as a man who had a wonderful time living life, a man who had good friends, fine family – and I don't think I could ask for anything more than that, actually."– Frank Sinatra