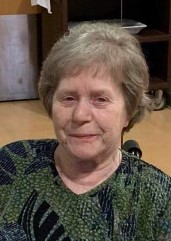 Please share a memory of Dolores to include in a keepsake book for family and friends.
View Tribute Book
Dolores Joan Snead, age 85, a resident of Holy Redeemer Lafayette, passed away on January 10, 2021. She was the devoted wife of the late Howard William Snead. Born in Philadelphia, PA, Dolores was the daughter of the late Harry Rheinhardt and the late Frances Schultz. Dolores was a co-owner of Colonial Kitchens. She was a devout member of Saint Joachim Parish where she was a Eucharistic minister to the sick, and headed many fundraisers for the parish and other Catholic charities. Dolores was a devoted wife, mother, homemaker, grandmother and great-grandmother. She found enjoyment in a weekly prayer group, which she ran out of her home, and baking for the church and friends. Dolores was a selfless person who devoted her entire life to her family, grandchildren and helping others. She was the best mother and mommom her children could have ever imagined. Dolores is survived by her daughters, Janet Greed and Deborah Garvey, six grandchildren and seven great-grandchildren. She is also survived by three sisters. She was preceded in death by her daughter, Barbara Singer. Services will be held privately. In lieu of flowers, memorial contributions may be made to St. Christopher Church, 13301 Proctor Road, Philadelphia, PA 19116.

Share Your Memory of
Dolores
Upload Your Memory View All Memories
Be the first to upload a memory!
Share A Memory