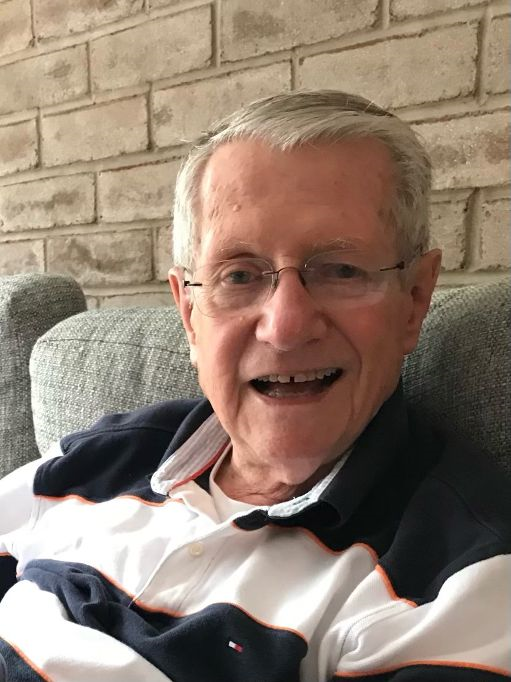 Please share a memory of LaRoy to include in a keepsake book for family and friends.
View Tribute Book
LaRoy Northrop Castor, Jr., age 96, a resident of Warminster, and previously of Huntingdon Valley, died on December 1, 2020. He is survived by his beloved wife of 66 years, Virginia Hennessy Castor. Born in Philadelphia, PA, and raised in Holmesburg, Roy was the son of the late L. Northrop (Dewey) Castor and the late Miriam Ruth McCartney Castor. Roy graduated from Frankford High School in 1942. In December of 1942, he enlisted with the United States Army and was honorably discharged in 1946. During his time with the Army he was selected to serve as an engineer on the Manhattan Project in Oak Ridge, TN. Roy attended the Massachusetts Institute of Technology, and earned a Bachelor of Science in Physics in 1948. In 1954, he earned a Ph.D. in Biophysics from the University of Pennsylvania. As a cell biologist, Roy maintained a research laboratory in Fox Chase at the Institute For Cancer Research. At the Institute for more than 21 years, Roy was a pioneer in the area of capturing cancer cell replication on film. After retiring from cancer research in 1987, he immediately began a 15-year second career in advanced computer programming. Prior to his service with the Institute For Cancer Research, he worked at the University of Toronto, Johnson Foundation at the University of Pennsylvania, and the Biochemical Research Foundation at the University of Delaware. Among other awards and honors, Roy was selected to be a member of Sigma Xi, a scientific research honor society. The organization is comprised of members who have distinguished achievements in the field of pure or applied science and includes more than 200 winners of the Nobel Prize. Roy was a member of Abington Presbyterian Church for more than 30 years. He was ordained as an Elder at Tabernacle Presbyterian Church in Philadelphia in 1952. He is survived by his loving children and their spouses; Laura Virginia Castor of Tromso, Norway, LaRoy N. Castor, III (Michele) of Sterling, VA, Lisa Castor Alvarez (Manuel) of Granite Bay, CA and Stephen R. Castor (Jennifer) of Washington, DC; by his six dear grandchildren, Ashley Castor, Michael Castor, Sophia Castor, Alejandro Alvarez, Chase Castor and Willow Castor; and one great-grandchild, Nicholas Keller. Funeral service and interment will be private. In lieu of flowers, memorial contributions may be sent to Abington Presbyterian Church, 1082 Old York Road, Abington, PA 19001.

Share Your Memory of
LaRoy
Upload Your Memory View All Memories
Be the first to upload a memory!
Share A Memory
Plant a Tree