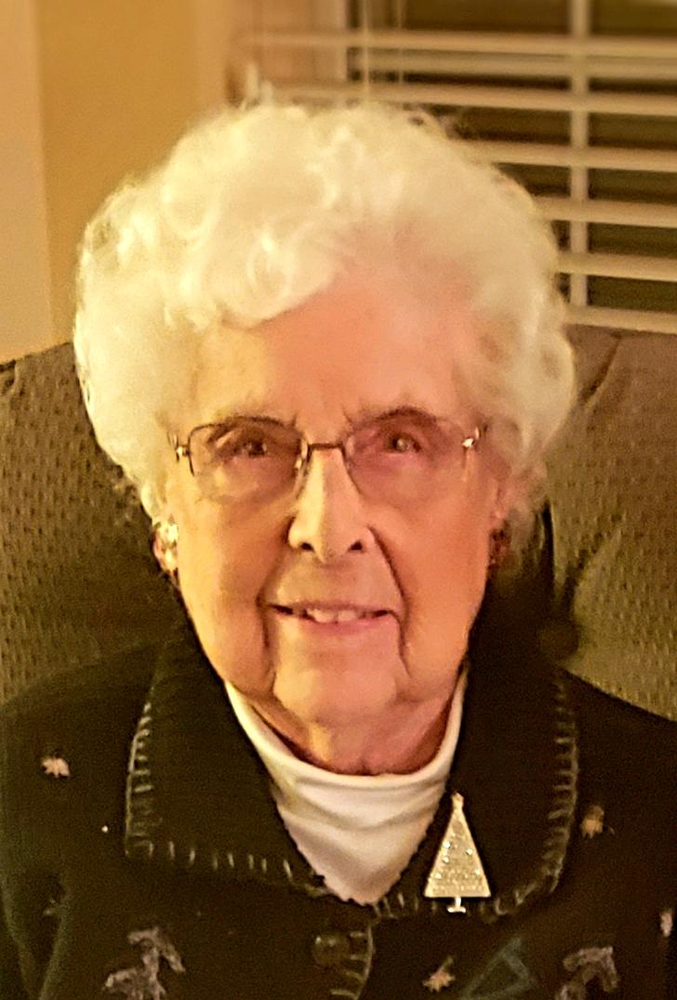 Please share a memory of Edna to include in a keepsake book for family and friends.
View Tribute Book
EDNA RICKER HENRY, age 99, a resident of Brittany Pointe Estates died on November 30, 2020. Born and raised in the Lawndale section of Philadelphia, Edna was the daughter of the late Eugene Ricker and the late Edna Longstreet Ricker. After graduating from Olney High School, Edna was employeed as a secretary for a hosiery company. Three years later, she met and married her boss, John Edwards. During World War II, Edna worked in the sales department of Leeds and Northrup. Edna retired when her daughter, Susan, was born. She became active in the P.T.A. and served as a Girl Scout leader. She is a past Worthy Matron in the Order of the Eastern Star. After Edna's husband died in the early 1960's, she and Susan moved from Huntingdon Valley to Ocean City NJ, where she obtained the position of secretary to the Administrator of Shore Memorial Hospital. In 1965, Edna married Walton Henry and became a mother to Walton's five daughters. They lived in Rydal. Edna's daughter, Susan, passed away at the age of 27 and within a year, Walton died in 1976. Edna was a member of Abington Baptist Church for 55 years. She was chairman of the Diaconate. She also served on the executive committee of the Women's Society. Edna joined the Abington Civic Club in 1977 and served as Vice President and Membership Chairman. She was also the Hostess chairman for two terms. Crocheting afghans for her large family was one of her hobbies. She enjoyed traveling and had been to the Caribbean many times. Edna visited the majority of the states in our country and traveled extensively to Europe. She is survived by her daughters: Mary Beth "Susan" Kolbo, Barbara (and husband John) Rooney, and Kimberly Ann Henry; and by 12 grandchildren and 21 great-grandchildren. She was preceded in death by her daughters, Jinny Murphy and Linda M. Henry. A private committal service and entombment will be held in Forest Hills Cemetery. A Memorial Service will be held at Brittany Pointe at a later date. Memorial contributions may be sent to Abington Baptist Church, 1501 Huntingdon Road, Abington, PA 19001.

Share Your Memory of
Edna
Upload Your Memory View All Memories
Be the first to upload a memory!
Share A Memory
Plant a Tree