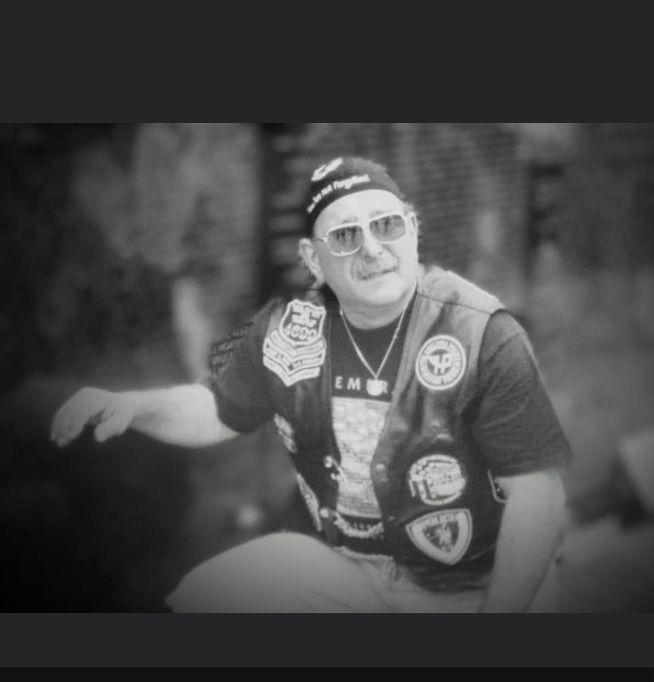 Please share a memory of Richard to include in a keepsake book for family and friends.
View Tribute Book
Richard N. Spano, loving husband, dad, father-in-law and grandpop, age 73, passed away unexpectedly on Saturday, November 14th, 2020 at Abington Memorial Hospital. Rich was born and raised in Philadelphia, PA. He is a graduate of Lincoln HS. He enlisted in the Army and served in the Vietnam War. He worked in law enforcement for many years serving several police departments until retiring from Bryn Athyn as "Sergeant Spano". After retirement, he continued his services at the Montgomery County Sheriff's Department. Rich was the Founder and President of the Montgomery County Blue Knights for several years and a current member of Centurion MC of Philadelphia, where he was fondly referred to as "POP". Every year he collected and participated in the Toys for Tots program and numerous charity rides/events. Rich enjoyed spending time up the mountains, hunting and taking motorcycle rides/trips. One of his favorite things to do was going out to breakfast. His greatest love in life though was spending time with his family, friends and especially his granddaughters. He will be greatly missed by all, never forgotten and always remembered as he lives on through all of us. Rich was preceded in death by his parents; Mario and Phyllis Spano; he is survived by his beloved wife Charlotte (Alberto); daughters, Genine (Rich) and Nadine (Nick); Cherished granddaughters, Delaney and Cassidy; his sister, Barbara Costante; and mother-in-law, Jean Alberto. He is also survived by many brother/sister in-laws, nieces, nephews, cousins and friends that were more like family to him. Relatives and friends will be received on Monday, June 14, 2021 from 11:00 - 12:15 pm, Helweg & Rowland Funeral Home, 1500 Old York Road, Abington. Interment will be in Washington Crossing National Cemetery. Memorial contributions may be sent to Disabled American Veterans, National Service Office, 5000 Wissahickon Avenue, Phila., PA 19144 or on line at (www.dav.org) A donation to "Toys for Tots" during this holiday season, would also be greatly appreciated by Rich's family. Rich was a proud supporter of this wonderful organization.

Share Your Memory of
Richard
Upload Your Memory View All Memories
Be the first to upload a memory!
Share A Memory