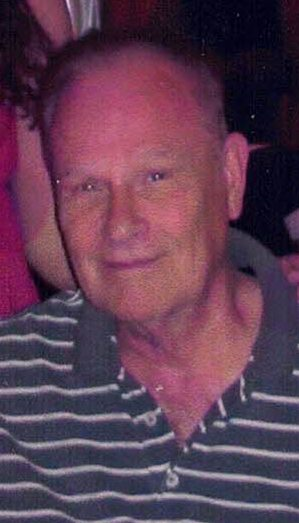 Please share a memory of Daniel to include in a keepsake book for family and friends.
View Tribute Book
Dan resided at Ann's Choice in Warminster,PA formerly of Rydal, PA. He passed away on September 16, 2020, after a long illness surrounded by his family. Dan is survived by his wife of 65 years Gloria (Hallen), Daughter Cathie Donahue Miller (Tom), son Craig Hallen Donahue (Phyllis), granddaughter Tracy Miller Horn (Cliff), grandson Tom Miller, granddaughter Paige Donahue, grandson Craig Hallen Donahue Jr. great-granddaughter Courtney Horn and many nieces and nephews. Preceded in death by his parents Daniel Donahue and Mae Kehoe Goldbeck and brother Charles Gunning and nephew Charles Gunning Jr. Dan was born on August 21, 1931, in Philadelphia, PA. He graduated from Roxborough High School in 1949 and Lasalle University in 1966. He served in the US Army during the Korean conflict. He spent the majority of his career as Division Manager for General Atronics which became part of Magnavox- Phillips. After Dan retired from Magnavox, he worked as a consultant and a Vice President of Teltron in Van Nuys,CA. Dan was recognized as an industry expert on cathode ray tubes. Dan was the co-founder and active member of a monthly wine club that is still meeting 40 years later. Dan enjoyed traveling with Gloria and the grandchildren on their annual trips known as Camp Donahue. Many visits to Campobello Island to visit with family, and trips to Pittsburgh, PEI, Niagara Falls along with cruises to Bermuda and St John NB and many more places. At age 70, he and Gloria began their world travels and managed to visit 60 countries on 6 continents. One of their favorite trips was their annual visit to Campobello Island NB, Canada to visit family. A memorial service will be held Friday, September 25, 2020 at 11am at Grace Presbyterian Church , 444 York Road , Jenkintown, PA 19046. You may attend virtually via this live stream Youtube link https://youtu.be/9c9Bhgy8H1M In lieu of flowers donations in Dan's honor can be made to the Upper Moreland Public Library, 109 Park Ave, Willow Grove, PA 19090. www.uppermorelandlibrary.org or The Salvation Army, donate to your local chapter or on online at https://give.salvationarmyusa.org/
Friday
25
September

Share Your Memory of
Daniel
Upload Your Memory View All Memories
Be the first to upload a memory!
Share A Memory
Plant a Tree