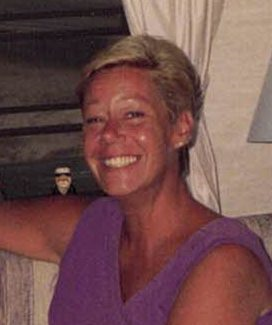 Please share a memory of Diane to include in a keepsake book for family and friends.
View Tribute Book
Diane Miriam Stark, age 70, of Philadelphia, PA died on August 4, 2020. She was the beloved wife of William R. Stark for 50 years. Born in Philadelphia, PA, Diane was the daughter of the late Charles H. Jones and the late Doris Krapf Jones. After graduating from Olney High School, Diane worked as a Key Punch Operator for Philco-Ford Corporation. She married Bill on April 25, 1970, and then became a devoted wife, homemaker, mother and grandmother. After raising her family, she worked as a Dietary Aide for the Immaculate Mary Home in Philadelphia, from where she retired in 2006. She and Bill enjoyed saltwater fishing and spent many summers at time at their vacation home in Shellbay Campground in Cape May Court House, NJ. In addition to her husband, she is survived by her loving sons, William P. Stark and his wife Stephanie and Robert S. Stark, by her dear grandchildren, Hayden Stark and Liam Stark and by her dear brother, Charles H. "Chip" Jones. Services will be private. Memorial contributions may be sent to Pennsylvania SPCA, 350 E. Erie Avenue, Philadelphia, PA 19134 (www.pspca.org)

Share Your Memory of
Diane
Upload Your Memory View All Memories
Be the first to upload a memory!
Share A Memory
Plant a Tree