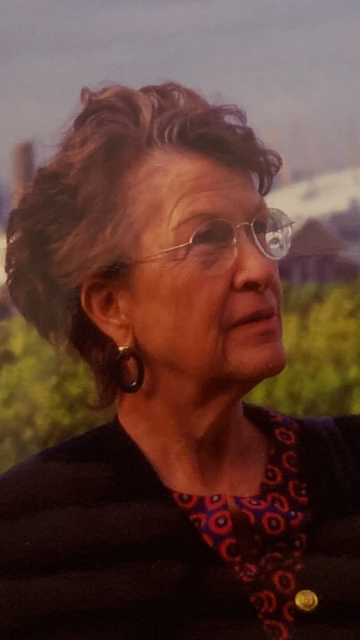 Please share a memory of Barbara to include in a keepsake book for family and friends.
View Tribute Book
Barbara Boal Barnitz Acton, age 87, a resident of Bryn Athyn, PA for over 60 years, passed away on June 23, 2020. Born in Urbana, Ohio, Barbara was the daughter of the late Robert Grey Barnitz and the late Harryet Boal. After graduating from Bryn Athyn High School, Barbara continued her studies at Smith College and Bryn Athyn College, earning her a Bachelor's of Science degree. Barbara was employed as the First Deputy, Prothonotary's office in Norristown, Pennsylvania, from where she retired in 1998. Previously, she was employed as a teacher in Bryn Athyn Elementary School as well as being involved in real estate. Barbara was a devoted mother, homemaker and grandmother and was a member of the General Church of the New Jerusalem for many years. Barbara is survived by her three daughters and their husbands, Emmy Acton and Dr. Michael Mayer, Drs. Elizabeth and Yasin Khan, and Elsa and Mark Grubb, in addition to six grandchildren. She is also survived by her two sisters, Sally Brickman and Betsy Gladish. Services were held on Saturday, June 27, 2020. In lieu of flowers, contributions may be made to Pennypack Ecological Restoration Trust, 2955 Edge Hill Road, Huntingdon Valley, PA 19006. (https://pennypacktrust.org/donation-form/).

Share Your Memory of
Barbara
Upload Your Memory View All Memories
Be the first to upload a memory!
Share A Memory
Plant a Tree