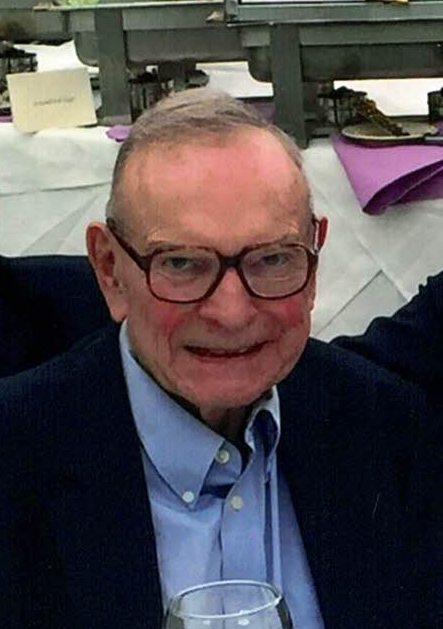 Please share a memory of Paul to include in a keepsake book for family and friends.
View Tribute Book
Paul Joseph McGonigal, Ph.D., age 84, a resident of Glenside for 45 years, and previously of Elkins Park, died on May 16, 2020. He was the devoted husband of Clara Mae Stevenson McGonigal for 62 years. Born in Philadelphia, Paul was the son of the late Paul Joseph McGonigal, Sr. and the late Anna Veronica Harte McGonigal. After graduating from West Catholic High School in 1953, Paul earned his undergraduate degree from the University of Pennsylvania in 1956. After serving in the United States Navy, he returned to school and earned his Ph.D. in Physical Chemistry from Temple University in 1964. During his college years, Paul was a member of Phi Beta Kappa and Sigma Xi. Paul was employed as a chemist at E.I DuPont de Nemours & Co., Inc. Marshall Laboratory located in Philadelphia, from where he retired in 2004 after 40 years of service. He was also employed at the Research Institute of Temple University from 1961 to 1964. He was a member of Grace Presbyterian Church in Jenkintown for 56 years. Paul was also a member of the American Chemical Society. Some of his many interests were dogs, science, traveling, reading and watching the Phillies and Flyers. In addition to his wife, he is survived by his children and their spouses, Robert and Peg McGonigal of Milwaukee, WI, Ruth and John Gundermann of Hershey, PA, and Susan and Chip Whitaker of Niskayuna, NY, and by five grandchildren. He was preceded in death by his brother, Joseph, and his sister, Nancy. Interment will be held privately. Please visit (www.helwegrowlandfh.com) over the coming weeks for updates on a memorial service. Memorial contributions may be sent to Montgomery County S.P.C.A., 19 E. Ridge Pike, P.O. Box 222, Conshohocken, PA 19428.

Share Your Memory of
Paul
Upload Your Memory View All Memories
Be the first to upload a memory!
Share A Memory
Plant a Tree