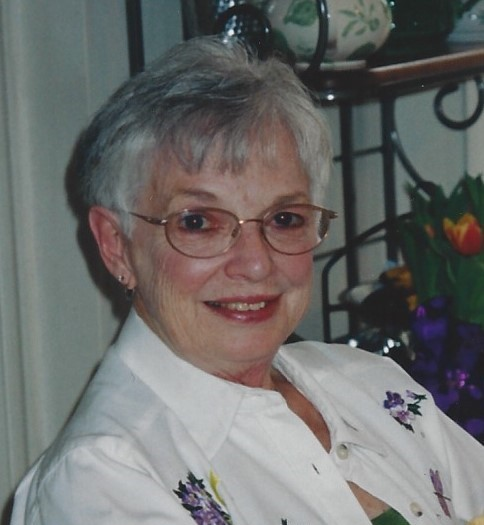 Please share a memory of Doris to include in a keepsake book for family and friends.
View Tribute Book
Doris Sue O'Neill, age 90, a resident of Ann's Choice who made her home and raised her family in Huntingdon Valley for over 30 years, passed away peacefully on April 14, 2020. She was the devoted wife of the late J. William O'Neill for over 50 years. Born in Philadelphia, Doris was the daughter of the late Edward Charles Conrad and the late Susan Lippencott Todd Conrad. Doris graduated from Kensington High School for Girls in 1945. She was employed as an Executive Assistant at Jade Corporation in Huntingdon Valley, from where she retired in 1994 after more than 15 years of service. She was a member of the Gloria Dei Church in Huntingdon Valley for over 40 years where she enjoyed volunteering and being a part of the Bible Study Group. Doris was a devoted wife, mother, daughter, homemaker and grandmother. Some of her many interests included studying the Bible, gardening, traveling, golfing, cooking, reading, playing bridge and walking on the beach. Her greatest joy was spending time with her children and her beloved grandson. She is survived by her loving children, Kevin William O'Neill (Charlene), Todd Wilson O'Neill and Susan Nell Michell (Robert) and her grandson, Loghan William Michell. She was preceded in death by her brother, Charles Edward Conrad. A private memorial service and interment will be held at Gloria Dei Church Bell Tower at a later date. In lieu of flowers, donations may be made in memory of Doris to the charitable organization of your choice.

Share Your Memory of
Doris
Upload Your Memory View All Memories
Be the first to upload a memory!
Share A Memory
Plant a Tree