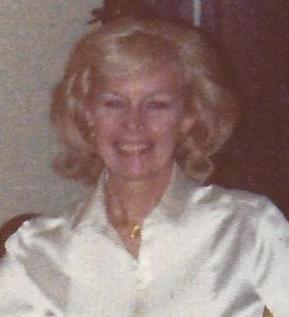 Please share a memory of Eve to include in a keepsake book for family and friends.
View Tribute Book
Eve Oehrle passed away peacefully on Monday April 13, 2020, just 8 days shy of her 89th birthday. Beloved wife of William C. Oehrle (deceased) and caring mother and grandmother to her son Christopher C. Oehrle and grandsons Colin C. Oehrle and Ryan W. M. Oehrle, Eve was a longtime resident of Pennsylvania, born and raised in Abington, PA. Eve and Bill Oehrle lived most of their married life together in Willow Grove, PA. Eve had two adult siblings, William and Mary (Nisbet) Dodson, both of whom predeceased her. Growing up in the Rydal section of Abington, Eve attended and graduated from Ogontz School for Girls in the late 1940s where she met life-long friends and relished the experience as an active and engaged member of the student body. After graduating from high school, Eve married her childhood sweetheart, (Bill) and the two of them began their life's journey as members of the United States Navy where Bill became a Naval Aviator, stationed at various Naval bases both domestic and abroad, finally settling in at NAS Willow Grove. Bill retired after over 30 years in the Navy with the rank of Captain. As an active member of Abington Presbyterian Church for decades, Eve loved music, nature, animals and loving & caring people. She was a member of the church choir for many years, performing at all church events/functions as well as a guest appearance in New York City for a special Easter concert featuring choirs from across the country. Eve was a special woman who cherished her role as wife, mother, grandmother and friend. She will be sorely missed by all who were privileged to know and love her.

Share Your Memory of
Eve
Upload Your Memory View All Memories
Be the first to upload a memory!
Share A Memory
Plant a Tree