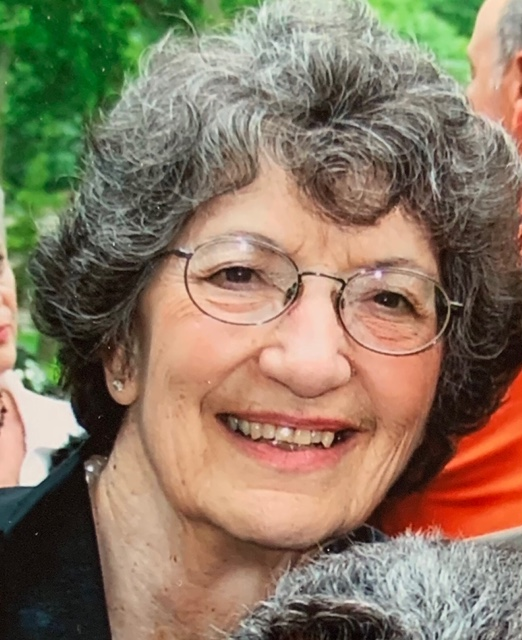 Please share a memory of Dolores to include in a keepsake book for family and friends.
View Tribute Book
Dolores L. Kuykendall, known to us all as Dolly, died in her sleep in the early morning hours of March 15, 2020, at Rydal Park Retirement Community. She was 89 years of age. Dolly was born on May 28, 1930 in the Germantown Section of Philadelphia, PA. She was the daughter of the late Peter Arthur Lucente and the late Caroline L. Balson Lucente. Dolly along with her sister, Jeannie and brother, Peter C., Jr. were raised in Abington, PA. After graduation from Abington High School in 1948, Dolly furthered her education at Temple University where she received her Bachelor of Science in Education. At the beginning of her Freshman year, standing in line for her piano audition she met a tall handsome young man, just home from the war, who was also getting his start at Temple on the GI Bill. His name was Frank Kuykendall. They would later marry and spend their lives sharing their love of music. Dolly and Frank were very active in choral music at Temple and Dolly was Vice President of the Women's Glee Club there in 1951 and 1952. She was also an Alpha Sigma Alpha. After graduation, Dolly started teaching in Lansdale, PA while Frank got a position at Jenkintown High School. In 1954, they were married. In 1957, Dolly took time off from teaching to become a homemaker and to be a stay at home mom to their daughter Carol. After becoming certified in English and then Guidance Counseling, she returned to teaching at Jenkintown, where she taught, along with Frank, for the next 24 years. Dolly and Frank started performing in the Jenkintown Music Theater, which was formed to raise money for the Home and School Association. Frank eventually became the music director and later Dolly stepped in to direct. She continued to lead the JMT until stepping aside in 2016. During that span, generations of families were involved in close to 60 musical theatre productions in the Jenkintown High School Auditorium which was renamed The Kuykendall Auditorium, in honor of Frank and Dolly, in 2006. Dolly also sang, under Frank's direction, in both The Abington Choral Club and the choir of St. Paul's Reformed Episcopal Church in Orland, PA. In retirement, Dolly was a member and served as president of The Rotary Club of Jenkintown. She directed junior high students for the Young People's Theatre at the Abington YMCA. She also served on the Board of College Music at Temple University. Dolly's love of the arts led her to being a regular season subscriber to the Philadelphia Orchestra, as well as many of the theater companies both professional and amateur in the area. She leaves behind a legacy of thousands of students, cast members and audiences who now share her love of music and theatre. Dolly is survived by her daughter, Carol and husband, Joel Hatch, by her dear grandsons Corbin and Reilly and by her brother, Peter Lucente, Jr. Please visit the funeral home web site, periodically over the coming weeks, for information regarding a memorial service. Memorial contributions may be sent to The Philadelphia Orchestra, Development Office, One South Broad Street, 14th Floor, Philadelphia, PA 19107 (www.philorch.org/donate)

Share Your Memory of
Dolores
Upload Your Memory View All Memories
Be the first to upload a memory!
Share A Memory
Plant a Tree