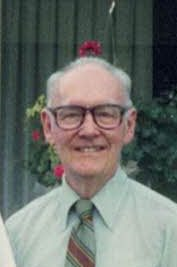 Plant a tree in memory of Henry

An environmentally friendly option
Plant a Tree
Print
Loading...
F
Family Member posted a condolence
Henry “Hank” Maxwell Hermanns was born in Philadelphia on the 13th of April 1920. An ancestor of his Mother’s had served under General Washington at Valley Forge and Hank was proud of this connection with such an iconic moment in American history. A child of the Great Depression, Hank knew the value of thrift, hard work and determination. He gained his engineering degree at Drexel University while working full time. He somehow also found time to get married to his first wife, Elizabeth, buy a home and double the house in size, doing most of the building work himself. During the war he served with the Civil Air Patrol – the official volunteer civilian auxiliary of the Air Force. Like all the CAP members who served their country during the war, he later became eligible to receive a Congressional Medal and was given his gold medal during the last weeks of his life. Hank worked at Fischer and Porter for many years and, after retirement, spend a few years teaching at Penn State (Abington). His first marriage – to Elizabeth – was a very happy one. After her death, Hank married Doris Ashworth Glavis, a marriage which was equally happy. During that time he enjoyed swimming and boating at the Jersey shore and became a member of the Spray Beach Yacht Club. Hank was also a keen ice skater and made many good friends at the ice rink. He continued to skate and drive until well into his 90s. Hank died peacefully in his 100th year – on the 15th of March 2020.
Please wait
Share Comment
7
The family of Henry Maxwell Hermanns uploaded a photo

Share Your Memory of
Henry
Upload Your Memory View All Memories
Be the first to upload a memory!
Share A Memory
Plant a Tree