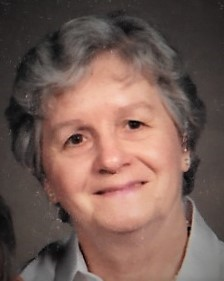 Please share a memory of Helen to include in a keepsake book for family and friends.
View Tribute Book
Helen Reiff (nee White), of Warminster, formerly of Ambler and Jenkintown, passed away on Feb. 20, 2020. She was 97. Born in 1922 in Trenton, NJ, Helen was one of 6 children. She attended Easton Hospital School of Nursing, becoming a Registered Nurse in 1945. In 1946, she met Harry Reiff, and the two wed in 1947. Two children quickly followed. They remained married for 67 years. Helen and her family moved to follow Harry's graduate schooling, first to Harrisonburg, VA, then Minneapolis, than back to the Philadelphia area, living first in Elkins Park, then Abington, and settling in Jenkintown in 1963. A third son joined the family in 1958. In 1981, after all the children had flown the nest, they moved to Ambler, where they would reside for the next 27 years. In 2008, they moved to Ann's Choice, a continuing care community; Harry died in 2014. Helen lived her remaining years in Rose Gardens, an assisted living facility on the Ann's Choice campus. Helen volunteered for many years with the Red Cross, working as an RN on bloodmobile drives. She also gave much of her time to her churches, and was a member of Abington Baptist Church, and later, Boehm's United Church of Christ. Her faith remained strong all of her life. She enjoyed accompanying her husband on his many business trips around the world; later, they traveled for pleasure. She also enjoyed feeding the extended family during holidays (including baking hundreds of cookies at Christmas) and loved doing crossword puzzles. Her greatest joys, however, were her children, Harry (Kathy) of Jacksonville FL, David (Libby) of Stroudsburg, and Tom of Elkins Park, as well as her grandchildren Jenny, David and Ariel. She was especially close to her oldest granddaughter Jenny, who as a child spent extended periods of time during the summer with her grandparents. She made friends easily wherever she went; people seemed drawn to her. She especially loved animals, and was a generous supporter of the ASPCA, the Montgomery County SPCA, and the World Wildlife Fund. She was a warm, giving person with the largest of hearts, and was the foundation rock to her family, whom she steadfastly supported in all their life endeavors. Helen was predeceased by her husband Harry, her son David, and 4 of her siblings; she is survived by her sons Harry and Tom, 3 grandchildren, 1 brother, and many nieces and nephews. She also leaves behind friends of all ages and from all walks of life. Services will be private. Donations may be made in Helen's name to the Montgomery County SPCA, 19 E. Ridge Pike, Box 222, Conshohocken, PA 19428-0222 (www.montgomerycountyspca.org)

Share Your Memory of
Helen
Upload Your Memory View All Memories
Be the first to upload a memory!
Share A Memory
Plant a Tree