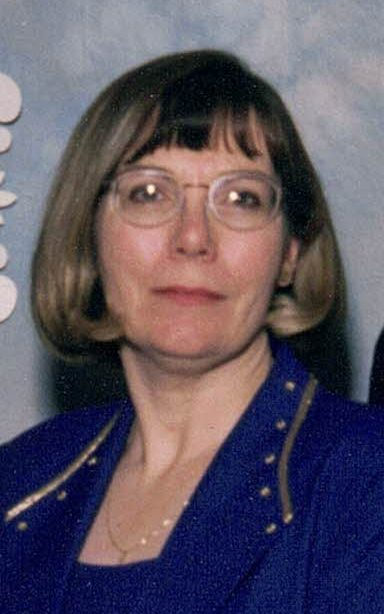 Please share a memory of Ruth Ann to include in a keepsake book for family and friends.
View Tribute Book
Ruth Ann Neckowicz Shuttleworth, age 63, a resident of Abington and formerly of Hatboro, died on February 12, 2020. She was the devoted wife of Mark Stephen Shuttleworth for 37 years. Born in Philadelphia, Ruth Ann was the daughter of the late Theodore Stanley Neckowicz and the late Ruth Fatzinger Neckowicz. After graduating from Frankford High School in 1974, Ruth Ann earned a Bachelor's degree in Education from Penn State University, from which she graduated in 1978. She was employed as a preschool teacher at Abington Presbyterian Church Preschool for 14 years and was previously employed at Crescentville United Methodist Church Preschool and Johnson Memorial United Methodist Church Preschool. She was a member of Abington Presbyterian Church for the past three years and a former member of Lehman United Methodist Church in Hatboro and Johnson Memorial United Methodist Church in Philadelphia. She was a devoted wife, mother, homemaker and grandmother. She enjoyed doing various crafts and was a big Disney fan. She is survived by her loving children, Mark and Stephanie Shuttleworth of Montgomeryville, PA and Stephen and Emily Shuttleworth of Hatboro, PA; and three grandchildren, Josephina, Mark and Penn. She is also survived by her brother, Theodore (Ted) Neckowicz of Garnet Valley, PA. Memorial Service will be held on Thursday, February 20, 2020 at 2:00 p.m., Abington Presbyterian Church, 1082 Old York Road, Abington, where relatives and friends will be received from 1:00 – 2:00 p.m. A reception and light luncheon will immediately follow the service. Interment will be private. In lieu of flowers, memorial contributions may be sent to Abington Jefferson Home Health Hospice, 2510 Maryland Road, Suite 250 Willow Grove, PA 19090.
Thursday
20
February

Share Your Memory of
Ruth Ann
Upload Your Memory View All Memories
Be the first to upload a memory!
Share A Memory
Plant a Tree