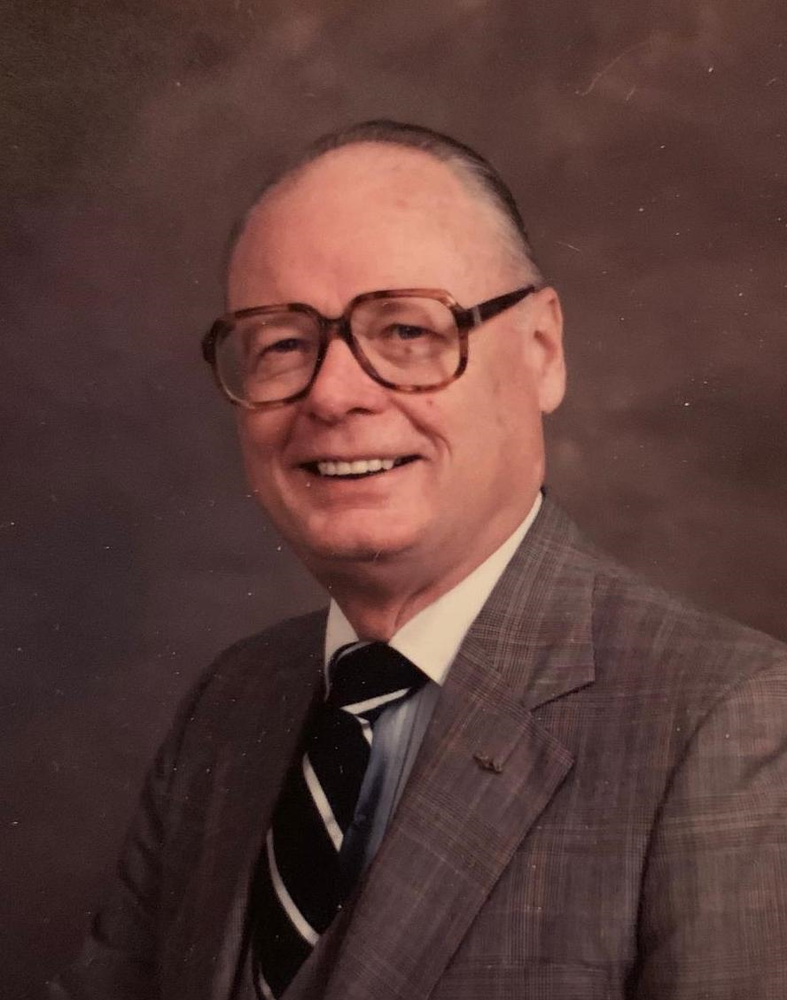 Please share a memory of Albert to include in a keepsake book for family and friends.
View Tribute Book
Albert L. Foster, age 97, retired assistant solicitor for Montgomery County and Managing Director of Lord & Taylor, died January 13, 2020. Born in Brooklyn, New York, Mr. Foster attended Brooklyn Poly Tech and Cooper Union, leaving to attend the United States Naval Academy from which he graduated in 1945. Mr. Foster served as an officer in the Pacific Theater on the USS Oklahoma City, participating in the occupation of Japan, and the USS Astoria. He volunteered for the Submarine School in New London, Connecticut, and was assigned to the submarine USS Entemedor upon graduation. Mr. Foster resigned from the service in 1948 to attend Harvard Business School. He graduated in 1950 with an MBA and joined Lord & Taylor. During his 28 years with Lord & Taylor, Mr. Foster served as the buyer of men's sportswear, their first Director of Personnel, and Director of Customer Service. In 1963 he became the Managing Director of the Jenkintown Lord & Taylor which was the largest suburban store in the chain. Mr. Foster left Lord & Taylor to attend Villanova University School of Law from which he graduated in 1982. He was admitted to practice in Pennsylvania and before the U.S. Supreme Court. During his legal career Mr. Foster served as assistant solicitor for the Board of Assessment Appeals and then Director of District Courts for Montgomery County. After retirement in 1992 Mr. Foster and his wife traveled and camped extensively throughout North America and Europe. Mr. Foster was a member of Abington Presbyterian Church and served as a trustee and Elder. He served on the Abington Adult School Board of Directors and the Citizens Crime Commission of Philadelphia. He summitted the Matterhorn in 1972 and Mont Blanc in 1978. He obtained his private pilot's license in 1977. Mr. Foster was predeceased by his wife of 62 years, Beverly C. Foster, in 2013. He is survived by his children Lindsay C. F. Johnson (Eric), Allison F. Hallowell (Henry), Albert "Jay" L. Foster, Jr. (Rajni), and Craig F. Foster, ten grandchildren and three great-grandchildren. A memorial service will be held at Abington Presbyterian Church, Old York and Susquehanna Roads, Abington, on Saturday, February 29, 2020, at 11:00 am. A reception will follow the service. Burial will be private. In lieu of flowers memorial contributions may be sent to the Memorial Fund of Abington Presbyterian Church, 1082 Old York Road, Abington, PA 19001.
Saturday
29
February

Share Your Memory of
Albert
Upload Your Memory View All Memories
Be the first to upload a memory!
Share A Memory
Plant a Tree