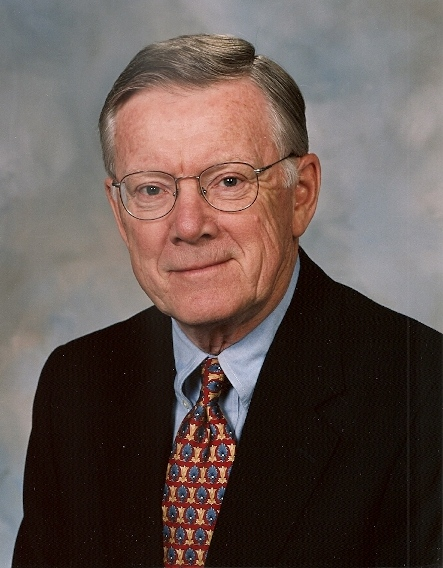 Gordon Benson, Medical Doctor, Researcher, and Educator, dies at 88 Dr. Gordon Benson, a gastroenterologist and liver specialist who researched several complex diseases while teaching and training medical students during a career that spanned 50 years, died December 26 of pulmonary failure at Cooper Hospital in Camden. Dr. Benson is best known for his research on cirrhosis of the liver and related gastrointestinal diseases. His research career began during his residency at New York Hospital-Cornell Medical Center. In his subsequent career at Rutgers Medical School, Jefferson University Hospital, and the University of Medicine and Dentistry of New Jersey (UMDNJ), he researched Wilson's Disease, primary biliary cirrhosis, and liver function in patients with regular use of over-the-counter drugs. During his research career, which spanned until 2007, he authored or co-authored 35 articles and 36 medical abstracts. Two defining traits, according to family and colleagues, were Dr. Benson's commitment to accurate diagnosis and careful treatment of patients' conditions, and his commitment to the education and training of medical students. His passion for accurate diagnosis was reflected in his research, which addressed uncommon pathologies such as Babesiosis, a disease similar to Lyme disease. He served as active medical staff throughout his career, and consulting staff for a large part of his career including his early retirement years. Reflecting his own training which occurred prior to the entry of computers into patient care, he emphasized physical diagnosis, the taking of careful patient histories, and consultations among teams of doctors. Colleagues and patients note that Dr. Benson was a caring and humane doctor. Dr. Benson's commitment to training medical students began in his early career during the 1960s as a Professor of Medicine at the newly-formed Rutgers Medical School in New Brunswick, New Jersey. From 1970 to 1978, he served as Professor of Medicine and Head of the Section on Liver Disease in the Department of Gastroenterology at Thomas Jefferson University Hospital. One of his proudest accomplishments was to serve as Associate Dean-in-charge at UMDNJ-Robert Wood Johnson Medical School at Camden from 1989 to 2000. In this role, he worked with colleagues to develop the medical school program so that it provided high-quality training for a diverse group of young medical students, many of whom would go on to serve as practitioners in urban hospital settings. He was born to Anne and Garfield Benson in Sharon, North Dakota in 1931. After traveling to accommodate his father's construction work on highways in the upper Midwest, the Bensons settled in Red Lake Falls, Minnesota in 1939, where his father owned farm equipment and fuel delivery businesses. Dr. Benson graduated from Lafayette High School in 1949. After attending the Pharmacy program at Drake University for one year, Gordon transferred to University of Minnesota and completed the undergraduate pre-medical curriculum in 2 years. Before finishing his undergraduate degree, he enrolled in the Air Force Health Profession Scholarship program and applied to Duke Medical School, where he completed his medical training and graduated in May 1956. Dr. Benson served for 2 years as a Captain assigned to the Medical Service at the U.S. Air Force Hospital in Wiesbaden, Germany from 1960 to 1962. After his military service, Dr. Benson and his wife lived in New Haven, Connecticut where he trained as a Fellow in the Liver Study Unit of the Department of Medicine at Yale University, and the couple had their first son, James. Next, they moved to Bound Brook, New Jersey where they resided from 1963 to 1970 while Dr. Benson worked at Rutgers Medical School. In 1994, Gordon and Frances purchased a house along Island Creek in Church Hill, Maryland, and worked for the next 5 years to rebuild the house and plant a large garden of vegetables and fruits capable of sustaining them during the growing season. Gordon enjoyed sending honey from his small "Wits End Apiary" to friends, building furniture with Robert Ortiz in Chestertown, and attending jazz concerts with his wife at the Mainstay in Rock Hall. During retirement he also continued as an emeritus professor at UMDNJ and returned to Duke several times to train medical students in physical diagnosis. Dr. Benson was a member of the American Federation for Clinical Research, the American Association for Study of Liver Disease, a Fellow of the American College of Physicians, and served on boards including the National Digestive Diseases Advisory Board of the National Institutes of Health (1992-95). His family said that Dr. Benson will be remembered for his devotion to family and his enthusiasm for family gatherings, his sharp intellect, and his appreciation for the natural beauty of the outdoors. He is survived by his wife of 62 years, Frances Benson, three sons, James, Brinkley, and Mark, and three grandsons. Services will be private. Donations can be made in memory of Dr. Benson to: the Interventional Pulmonary Training & Research Fund at the Cooper Foundation as described here: https://foundation.cooperhealth.org/gifts-to-honor-or-remember or the Division of Pulmonary and Critical Care Medicine at Johns Hopkins Medicine, as described here: https://www.hopkinsmedicine.org/pulmonary/charitable_giving/

Share Your Memory of
Gordon
Upload Your Memory View All Memories
Be the first to upload a memory!
Share A Memory
Plant a Tree