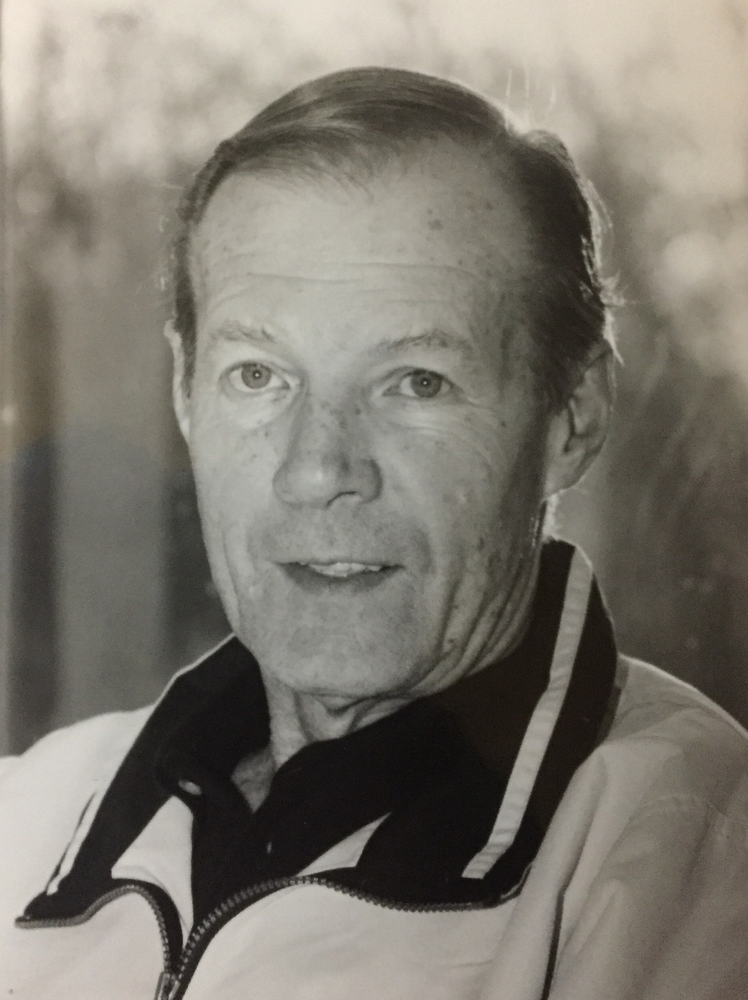 Please share a memory of W. Donald to include in a keepsake book for family and friends.
View Tribute Book

W. Donald Breder born September 18, 1929 was always prepared and planning ahead. Don wrote the following before his health declined.

Don graduated from Woodbury High School in Woodbury, NJ at age 16 and immediately matriculated into what is now Drexel University earning a BS in Electrical Engineering and later an MBA. He was captain of the varsity basketball team and a member of Tau Kappa Epsilon fraternity.

After a brief stint with IBM, he joined a local company by the name of ITE Circuit Breaker when he learned they were hiring young engineers for their management training program. He held numerous management positions with the company and its successor company, Brown Boveri Electric, culminating his career as President and Chief Operating Officer of the Swiss owned company on May 17, 1983. Don was a member of the NEMA Power Equipment Group. He was proud of leading a turnaround at the Chalfont, PA switchgear plant and the circuit breaker plants that moved from Pennsylvania to South Carolina. Don retired early from Brown Boveri and joined his old ITE friend, John Sedlaceic in his company, Challenger. Don was Vice President of Operations.

While in college, Don met his wife when he was crewing in sailboat races at the New Jersey seashore. Don and wife Margie raced in the Comet Class Regattas in South Jersey during their early years of marriage. As children came along, they became expert sailors in the Sunfish, Laser, Moth, and Comet Classes. Vacations were sailing adventures in areas such as Cape Cod, Boston, Plymouth, Martha's Vineyard, Nantucket, Chesapeake, Florida, and Virgin Islands. He was a member of the US Power Squadron achieving the rank of Navigator and taught Celestial Navigation.

Don was Commodore of the Greater Wildwood Yacht Club and held membership in Cooper River Yacht Club, Stone Harbor Yacht Club and was a 25-year member of the Corinthian Yacht Club of Cape May. For many of those years, Don campaigned his 40-foot sailboat, King Nummy in offshore races at Cape May, the Jersey Shore and Annapolis, MD. The highlight of his sailing career was winning first in class at Atlantic City Race Week.

Throughout his life, Don volunteered in sailing organizations. He was president of the International Moth Class in the USA and sponsored two International Moth regattas in Ocean City, NJ and Delaware Bay. He was also president of the South Jersey Yacht Racing Association. Don was a strong advocate of youth sailing programs because it was a healthy outlet for their boundless energy and taught many of life's lessons in discipline, perseverance, the honor system, and that life is not always fair through the rules and punishment adjudicated in protest hearings.

Don traveled extensively in the US and most of the world. He took his wife along whenever that was possible. She was his ambassador of good will, with her ability to easily make friends of strangers. He always said that Margie, or GiGi as the grandchildren called her, was responsible for many of his successes. Their last big trip together was to Brazil on their 50th wedding anniversary in 2005.

Don found time to serve on the Upper Dublin School Board for six years and was elected President in 1976. He was active in youth sports coaching baseball. Each season he would take his team to see the Phillies play. A touching moment came when driving to the stadium, as one young boy was punching his fist into his glove and said: "This is the happiest day of my life." That remark made all the effort and time spent coaching worthwhile.

Don was a past master of Union Lodge 121 Free & Accepted Masons and was a member of the Lulu Shrine Club [Union Lodge 121 has since merged to become Pilgrim Lodge 712]. He was a 50 plus year member of the Union League of Philadelphia and Manufacturers Golf and Country Club.

Memorial Service will be held at 11:00 AM on Friday, November 15, 2019, Jarrettown United Methodist Church, 1460 Limekiln Pike, Dresher, PA 19025, where relatives and friends will be received from 10:00 AM until the time of the service. A reception will follow the service. Interment will be held privately. In lieu of flowers, memorial contributions may be sent to Cerebral Palsy Foundation, 3 Columbus Circle, 15th Floor, New York, NY 10019 https://donate.cerebralpalsyfoundation.org/give/95593/#!/donation/checkout

Share Your Memory of
W. Donald
Upload Your Memory View All Memories
Be the first to upload a memory!
Share A Memory
Plant a Tree