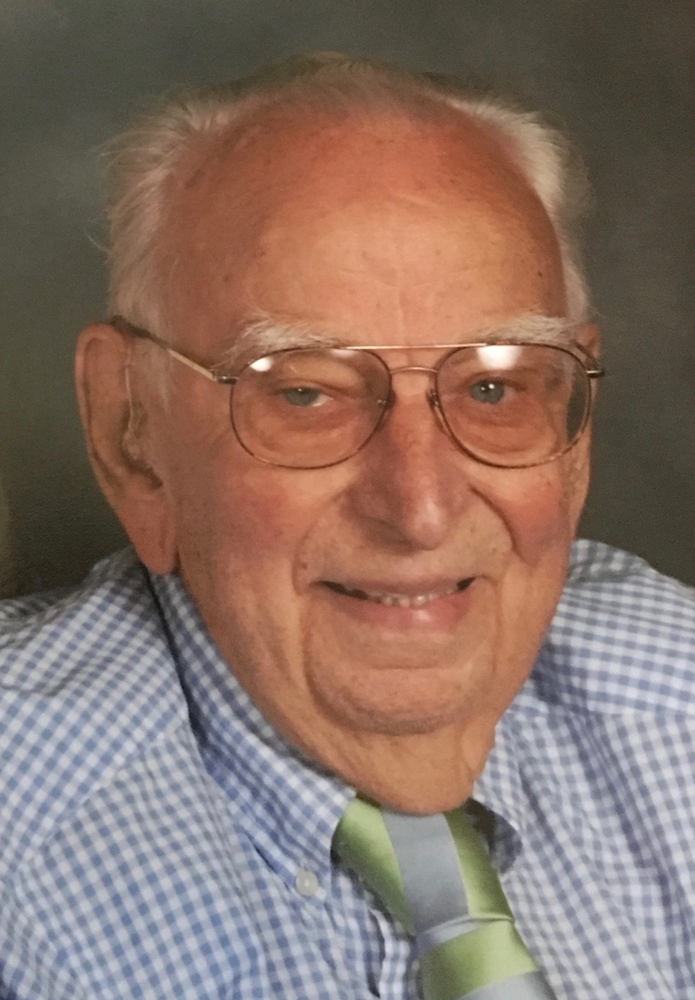 Please share a memory of Daniel to include in a keepsake book for family and friends.
View Tribute Book

Daniel Stephen Glasstetter, Sr., age 92, a resident of Fort Washington, PA for the past 34-years and formerly of North Hills, PA and Philadelphia, PA died on February 20, 2019. He was the devoted husband of the late Thelma (neé Smith) Glasstetter for 52 years, until her death in 1999.

Born in Philadelphia, Daniel was the son of the late Ferdinand Glasstetter and the late Gertrude Moffitt Glasstetter. After graduating from Northeast High School in 1944, he began his military service with the United States Navy as a Motor Machinist Mate. He was stationed in Puget Sound and Seattle, WA and was honorably discharged in 1946. He received the World War II Victory Medal. He later attended Drexel University.

When he returned from military service, he began his 42-year career as a Foreman with Philadelphia Gas Works. He retired in 1986.

He was a member of the Church of the Open Door in Fort Washington, PA. Previously, he was a member of Bethel Temple Church in Philadelphia, PA, Faith Community Church in Roslyn, PA and Davisville Baptist Church in Southampton, PA where throughout various times, he served as Deacon, Trustee, Elder, Sunday School Teacher, Song Leader and was President of Men's Fellowship

Aside from his devotion to his church, Daniel enjoyed travel and driving cars. He was a talented handyman and fan of the Philadelphia Phillies.

Funeral service will be held at 11:00 AM on Friday, March 1, 2019, Church of the Open Door, 1260 Ft. Washington Ave., Ft. Washington, PA, where relatives and friends will be received from 10:00 AM until the time of the service. Interment will be in Hillside Cemetery.

In lieu of flowers, memorial contributions may be sent:

Share Your Memory of
Daniel
Upload Your Memory View All Memories
Be the first to upload a memory!
Share A Memory
Plant a Tree