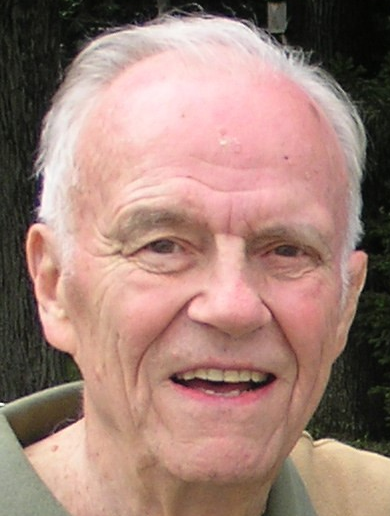 Please share a memory of Howard to include in a keepsake book for family and friends.
View Tribute Book

Howard Henry McConnell, Jr died peacefully on Sunday, February 17, 2019 at the age of 95. He was the husband of Marjorie (Peggy) Haydock McConnell. Father of Howard H. McConnell, lll of Philadelphia, Linda Kent McConnell of Ardmore and Ann McConnell Smullen (Donald) of Oreland. Grandfather of Daniel Henry Smullen of Austin, TX and Timothy Kent Smullen of Philadelphia.

Howard was born on October 20, 1923 to Howard H. McConnell, Sr and Marian Reese McConnell. He was a direct descendant of Captain James McConnell of Honey Brook who fought in the Revolutionary War. Howard was predeceased in 2004 by his brother John E. McConnell (Ginny) of Devon.

Howard grew up in Merion and attended Lower Merion High School (wrestling, baseball) graduating in 1941 and then Episcopal Academy (wrestling, baseball) for a post grad year. Howard then entered University of Pennsylvania graduating from Wharton School in 1947. While at Penn, Howard wrestled for the Quakers reaching the finals of the NCAA Eastern Tournament his senior year. He was also active in the Phi Gamma Delta (FIJI) Fraternity making many life long friendships. One of these, was his wrestling teammate and fraternity brother Kent Haydock who would later become his brother in law.

After starting at Penn, with World War ll in progress, Howard enlisted in the Navy in the V12 program. He was called to active duty and entered midshipman school at Northwestern University. He was commissioned an ensign in the United States Navy working in communications. Howard was on a ship headed to Guadalcanal when VJ Day occurred on August 15, 1945. He then returned to Penn to finish his education graduating in June 1947. The speaker at Howard's graduation was Dwight D. Eisenhower.

Howard's father was a founding partner in the accounting firm of McConnell and Breiden in Philadelphia where Howard, Jr. went to work as an accountant. Howard earned his Certified Public Accounting license in 1951. In 1961, McConnell and Breiden merged with Touch, Ross, Bailey and Smart and Howard, Jr continued his career there. During the 1970's, he moved to private accounting where he worked until his retirement at age 81.

Peggy and Howard met through Peggy's brother Kent. Their first date was January 17, 1948 at the Willow Grove Air Base. They were married on May 20, 1950 in Wyncote. After moving from Merion, they raised their children in Huntingdon Valley where the couple lived for 36 years. While there, they were faithful and active members of St John's Episcopal Church, Huntingdon Valley. Howard served as the Accounting Warden for many years. For the past 18 years, Peggy and Howard have been members of St Thomas', Whitemarsh where Howard served on the finance committee.

Peggy and Howard also enjoyed their time as members of Huntingdon Valley Country Club. They took advantage of the opportunities to play golf, tennis, squash and paddle tennis at HVCC and introducing their children to these sports as well as swimming as they grew up. It was an active and athletic family and Howard led the charge!

Vacations were enjoyed along the way with family and friends. While in their 70's and 80's, Peggy and Howard were part of a group of four couples who travelled to different golf resorts to keep their hands and clubs in the game. Howard stayed active playing tennis until the age of 88.

For Howard's 90th birthday, the family took him back to visit his parent's beloved Meeting House Lane Farm in Honey Brook where three generations made so many memories. It was a wonderful day!

As they downsized, Howard and Peggy moved to Perrin Court (Maple Glen) and Penn's Wood (Flourtown) before moving to Artman Lutheran Home (Ambler) four years ago.

Howard was a wonderful husband, father, grandfather, brother, uncle and friend. He had a great sense of humor and welcomed all to laugh along with him. Howard will be greatly missed, but what a life!

The funeral will be on Friday, February 22nd at 1:00 pm at St Thomas' Church Whitemarsh, Bethlehem Pike and Camp Hill Road, Fort Washington, PA 19034. The burial will be private.

Share Your Memory of
Howard
Upload Your Memory View All Memories
Be the first to upload a memory!
Share A Memory
Plant a Tree