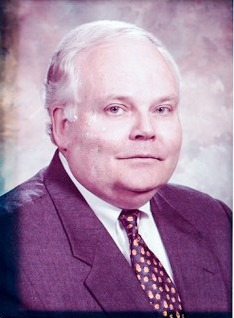 Ross Sherman, Jr., died on Friday, April 13, 2018. He was the beloved husband of Susan (Palmer) Tippin and loving father to Ross Scott Tippin, both of Ambler. He is also survived by his sister, Ann C. Prestney of Whitpain, by his brother, Robert T. Tippin of Sydney, NWS, Australia, and by his niece, Elizabeth Prestney.

Ross was born in Philadelphia in 1945 to the late Ross S. Tippin, Sr. and Ruth (Crompton) Tippin. He grew up in Rydal, attended Church of Our Saviour Episcopal Church, and graduated from Abington High School in 1962. He was a two-year starter on Abington's Suburban One champion football team. He also earned three varsity letters in track and was a member of the National Honor Society. After high school, he received a bachelor of science, cum laude, from Yale University in 1966, and an MBA from the Wharton Business School at the University of Pennsylvania in 1970. Drafted into the Army during graduate school, Ross served in the Vietnam Conflict until 1970, earning the National Defense Service Medal, the Vietnam Service Medal, the Good Conduct Medal, and the Vietnam Campaign Medal.

Returning from service, Ross earned his CPA in 1972, receiving the Alexander E. Loeb Silver Medal Award and the PICPA Award for earning the top score in Philadelphia and the second highest in PA on the CPA exam. He also was awarded the Elijah Watt Sells Certificate of Honorable Mention from the AICPA for finishing among the top 50 out of 28,788 candidates nationally. He spent the bulk of his career at Sunoco, Inc., retiring in 2006 after 33 years of service as General Auditor and Secretary to the Audit Committee. He was a member of Huntingdon Valley Country Club for 51 years and the Yale Club of New York City. He continued attending Church of our Saviour through the 1980s, serving as Treasurer for several years before joining St. John's Episcopal Church where he was married.

Funeral Service will be held on Friday, April 20 at 11:00 a.m., Church of our Saviour, 821 Homestead Road, Jenkintown, where relatives and friends will be received from 10:00 a.m. until the time of the service. Interment will follow at Whitemarsh Memorial Park.

In lieu of flowers, donations may be made to the Fox Chase Cancer Center at www.foxchase.org/giving or Abington Jefferson Health at www.abingtonhealth.org/WaysOfGiving.

Share Your Memory of
Ross
Upload Your Memory View All Memories
Be the first to upload a memory!
Share A Memory
Plant a Tree