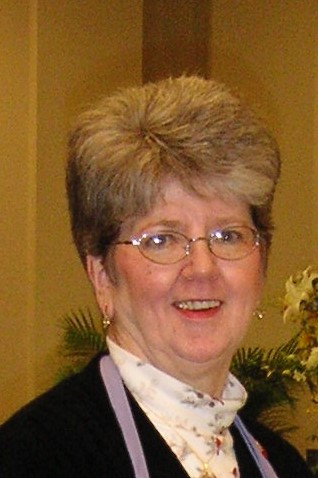 Judith "Judi" Dilworth (nee Nelson) Loving wife of Richard, went be with the Lord on March 13, 2017 after battling Multiple Myeloma. Born in Binghamton, NY, graduate of Binghamton Central High 1958, New York State - Albany 1963, Masters in counseling at North Texas State – Denton, Texas 1968. Taught high school for two years prior to becoming assistant dean of women at Eastern College, was administrative assistant at General Electric Energy group, Silent Power Battery Development Group. Also at the WFIL/WNTP Salem Media Group until last year. Active member of Faith Community Church as Sunday School Teacher, choir member, and hospitality worker, also where she met her husband Richard of 33 years. Active with Habitat for Humanity of Montgomery County, PA, and Habitat for Humanity International at Jimmy and Roslyn Carter Blitz Builds. Participated in the annual Builders for God Christian Camp group where she broke her arm doing heads, shoulders, knees and toes. She enjoyed singing with the Abington Choral Club and volunteering for the annual Philadelphia Flower Show tea room. Her beautiful smile and encouraging words will be missed. She was an Eagles and Phillies fan. As Nana, she loved watching her step-grandchildren so their mother and Pop-Pop, season ticket holders, could attend games. She loved to travel with Richard, including to their best man's son's wedding in Finland and her nephew's wedding in Ireland. Together they traveled to Germany, Austria, Italy (missionary) and the Canadian Rockies. She also visited her niece Patty (Robert) Simonsick at various ministry assignments. She is survived by husband Richard Dilworth, her brother, Bob Nelson, nieces Jennifer (Mark) Young, Pam (Mike) Mathay, Becky (Stewart) Roberts, nephew Michael (Carolyn) Nelson, nephew David (Terry) Immesote and many great nieces and nephews. She is also survived by step-daughters Mary Lou (Jerry) Slusar, Marlene Dilworth and Karen McClean, by six step-grandchildren and two step-great-granddaughters. Preceded by late step-son Edward Dilworth and his wife Kelly. She was supported by her best friends, Doris Plummer and Laila O'Connor, through the years in good times and bad. Funeral service will be held at 10:30 AM on Sat. March 18, 2017, Faith Community Church, 1200 Easton Rd., Roslyn, where relatives and friends will be received from 9:00 AM until the time of the service. Interment will be in Hillside Cemetery. In lieu of flowers, memorial contributions may be sent to Faith Community Church, 1200 Easton Road, Roslyn, PA 19001 or to Habitat for Humanity of Montgomery County, 533 Foundry Rd. West Norriton, PA 19403.